We might not be able to take a trip to the Great British pub right now, but that won’t stop us from daydreaming about the day that we can.

Once life returns to some kind of normal and pubs reopen, your local might be your first port of call, and so it should be.

But for the more adventurous, or those simply looking to get back out and explore (heaven knows it’s been too long since I left the confines of the M25), this collection of off-the-wall pubs might be just what you are looking for.

Whether it be the highest, lowest, smallest or oldest, Great Britain has a pub for every occasion, with a story to match.

The Tan Hill in North Yorkshire is officially the UK’s highest pub, standing at 1,732 feet (528m) above sea level. The building itself dates to the 17th century and during the 18th century was used as a hostelry by workers digging coal pits. According to the pub’s website, the last mine on Tan Hill closed in 1929, although the pub was able to remain open due to the custom of local farmers and the dawn of the motor car. “The building is unusual for its isolation, but it used to be surrounded by miners’ cottages, until these were demolished after the closure of the mines in the 1920s,” it said.

Due to the pub’s location it is prone to snowstorms with visitors regularly snowed in – a reported 50 times since 2005. In 2009, revellers celebrating New Year’s Eve at the pub were unable to leave for three days due to snow. In 2017 it landed a starring role in Waitrose’ Christmas ad, which shows a snowstorm hitting the area as locals gather for a drink at the Inn on Christmas morning. 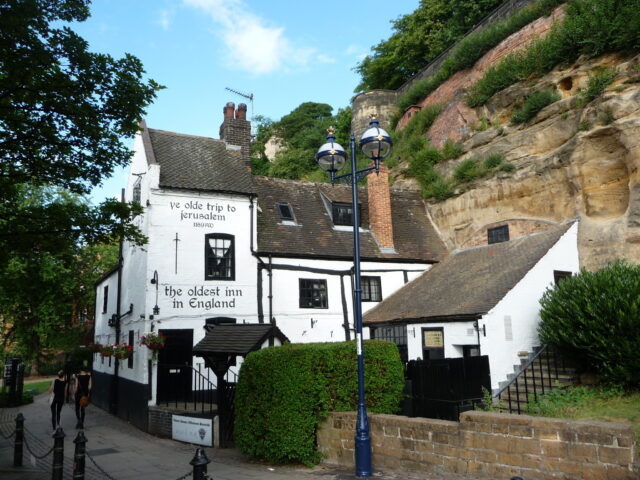 Many a pub claims to be the UK’s oldest, but the Ye Olde Trip to Jerusalem in Nottingham has one of the most solid reputations. It dates from 1189AD, making it 832 years old, and sits upon a network of caves, believed to have belonged to nearby Nottingham Castle, and used as a brewhouse.

Following their excavation in the 1970s, archaeologists dated the caves to have been built in the 12th century which would suggest that a watering hole of sorts had existed at the site during the time of the Crusades and Richard the Lionheart. While the main building, built on the foundations of earlier constructions, is only about three hundred years old its larger ground level caverns beneath it are used as the pub’s rear drinking rooms.

A contender to its crown however is The Bingley Arms in Leeds, which is said to have a history dating back to 953AD, making it 1,068 years old. Previously known as The Priest’s Inn, the pub is said to have been mentioned in the Domesday Book and served as a rest house for monks travelling between Leeds and York. It’s also believe to have served as a safe house for Catholic priests on the run from Henry VIII’s Dissolution of the Monasteries campaign. 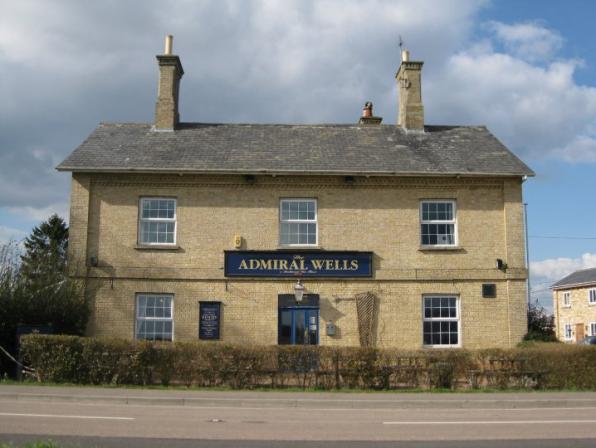 The Admiral Wells in Holme, Peterborough, lays claim to being the lowest pub in Britain. It sits on a former lake, Whittlesey Mere, which was once England’s largest lake south of Windermere. The lake was drained by the pub’s founder William Wells in the 1840s and stands 9ft below sea level.

According to the pub’s history, William and a group of wealthy men drained the lake in 1952 after realising that turning the land to agriculture would be more profitable. Wells later built the low-lying pub on the newly acquired land, naming it after his grandfather, Vice Admiral Thomas Wells. 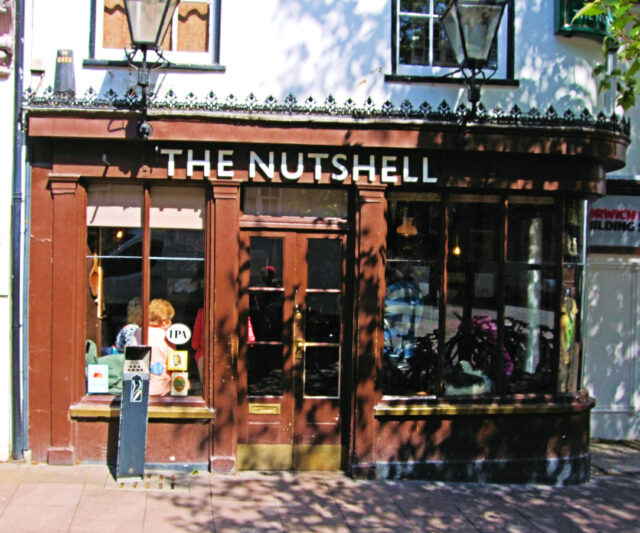 At 15ft by 7ft, The Nutshell in Bury St Edmunds is frequently touted as the smaller pub in the UK, and it has a nod from the Guinness Book of Records to back up its claim. It’s been serving its community as a brewhouse since 1867 (with standing room for just six of them at a time) with the Stebbing family, trading from the site between 1874-1893.

The family’s eclectic interests were evident in the pub’s early years, which was at times also billed as a Museum of Art and Curiosities featuring ancient musical instruments, relics from the past wars and works of art in ivory and cardboard. They also displayed a curious collection of cork models including Nelson’s Monument and Windsor Castle. The Nutshell was later became part of King’s Brewery before the merger of neighbouring Greene and King Breweries in 1887.

However the pint-sized pub does have competition for the title of smallest pub, depending on your stance. The Signal Box Inn in Cleethorpes claims to be the smallest pub not only in the UK but on the planet, measuring 8×8 feet, but it does have a beer garden. Many pubs in the UK are said to be haunted. Check out this round up here. But The Skirrid Mountain Inn in Abergavenny, Wales, has one of the most macabre backstories to back up its claims of ghostly goings on. The upper floor of the pub is believed to have once been used as a courtroom where some 180 people were hanged for offences deemed to warrant the death penalty. Markings in the wood, said to be from the rope itself, still exist in the beam where the punishments were carried out, while some have reported seeing a ghostly noose hanging from the old oak beam.

The Golden Fleece in North Yorkshire is also a creepy spot for a pint. Dating back to the early 16th century the pub is said to be haunted by the ghost of Geoff Monroe, a Canadian airman who was staying at the pub in room 4 when he died in 1945 by throwing himself out of the bedroom window. People staying in his former room have reported sightings of a figure in full uniform standing over them and a corresponding drop in temperature.

Customers have also complained of bed covers being removed, clothes taken off the rails and thrown on the floor, and the sound of footsteps running across the hallway. Another ghost said to be a permanent resident is One Eyed Jack, who appears dressed in a red coat and holding a pistol, and the ghost of a boy believed to have been trampled to death by horses outside the pub in the Victorian era. 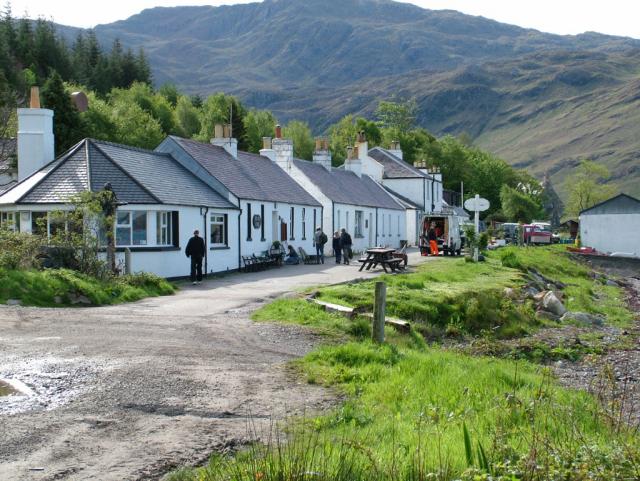 The Old Forge off the west coast of Scotland is accessible only following an 18-mile hike through the wilderness, or a 7-mile sea crossing, with no roads in or out of the village of Inverie. It began life as a blacksmith’s (smiddy’s forge), and was later converted to a social club for local workers, soon becoming a pub known as The Old Forge.

It became something of a tourist attraction and a magnet for creative types, including “poets and trobadours, bellydancers, winkle pickers and tweed clad ghillies, blooded stalkers, musicians, yachties, dogs and more dogs”, according to the pub itself.

Musicians would make the journey in return for food and drink, and the experience of it all. Such was its reputation, the walls are still covered in musical instruments, a reminder of the many impromptu gigs to have taken place over the years.