Pandemic leads to surge of interest in second wines

The Covid-19 pandemic has led to a surge of interest in the second and third wines of Super Tuscan estates Ornellaia and Tenuta San Guido.

Speaking to db, Giovanni Geddes da Filicaja explained that while the global market for fine wine had stayed “relatively buoyant” in 2020, he had observed a growing trend for consumers to trade down to better value labels. 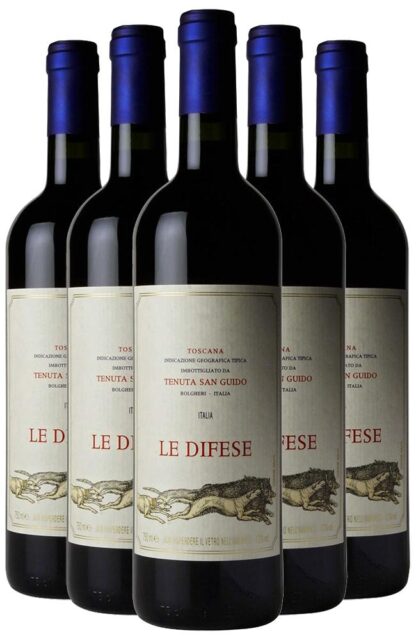 “Sales at the higher end of our portfolio have slowed slightly, but we are progressing much faster on our second and third wines as buyers trade down.

Tenuta San Guido’s director, Carlo Paoli, echoed the sentiments of da Filicaja. He explained that while the moribund state of the hospitality sector had affected Italy’s wine industry, the buoyancy of demand for Sassicaia’s second and third labels was encouraging.

“The commercial results we obtained in 2020 were stable and in line with the previous years,” said Paoli.

“However, it is clear that consumption patterns were concentrated on the lower cost wines. Sales of Le Difese and Guidalberto have been promising over the past few months – we have seen a change in consumer behaviour.”

According to fine wine marketplace Liv-ex, the categories that showed the most promise in 2020 were Champagne and Italy, out performing stalwarts like Bordeaux and Burgundy.

“Not only do both regions provide excellent relative value for money, but they are currently exempt from the US import tariffs which were introduced in October 2019.

“Shortly after the tariffs were introduced, we noticed a shift in regional buying patterns as wines from Champagne and Italy saw an increase in trade value on the market. This trend continued into 2020,” he added.