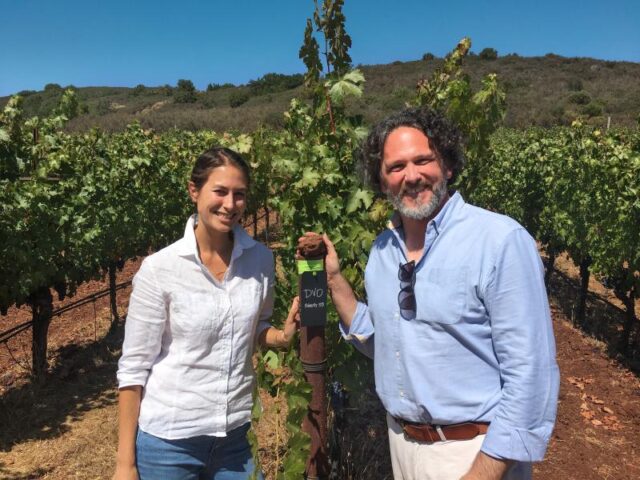 The first wine from the new label, the 2018, is due for release this October. It is an almost 100% Cabernet Sauvignon save for a little Cabernet Franc added too.

Ornellaia’s estate director Axel Heinz and Maya Dalla Valle, said in a joint statement: “Dalla Valle and Ornellaia’s friendship and shared passion for great terroir has propelled us on a new journey to create a unique and distinctive wine that balances the expressiveness of Napa with a decidedly Italian approach to elegance.”

The two estates have been involved in this “secret” project for several years and have actually made four vintages together up to this point (2017 being the first) but not released them.

Maya Dalla Valle told critic James Suckling in a video interview that although the 2017 was the first vintage and had been bottled, it was felt that, “we wanted to start on a stronger vintage”, which proved to be the 2018.

There are roughly 400 9L cases of the 2018 available and both Heinz and Dalla Valle have said the 2017 (of which only 200 cases are available) will probably be released at some point.

There is also the 2019 vintage and a small amount of the 2020 which was able to be produced despite the fires that ripped through the region last summer/autumn.

The project reportedly came about due to the friendship between Heinz and Maya Dalla Valle when the latter did an internship at Ornellaia in 2013.

Heinz explained to Suckling in the video interview that, “when winemakers start to build up a friendly relationship, they very often end up making a wine together”.

He added that there was also the “similar approach to things” the two estates had in common, the fact that they share the same consultant and there was a link to Italy with Maya’s father (Gustav) being Italian.

For the time being the fruit for the wine is being bought from selected sites across the valley, principally mountain vineyards, with Heinz explaining that they were not only “actively looking” for other suits to purchase fruit from but also that the ultimate goal was to establish a proprietary vineyard for DVO.