Five of the best UK wine merchants outside of London

Online wine retail might be booming right now, but bricks and mortar wine retailers still, and we hope always will, have an important role to play. 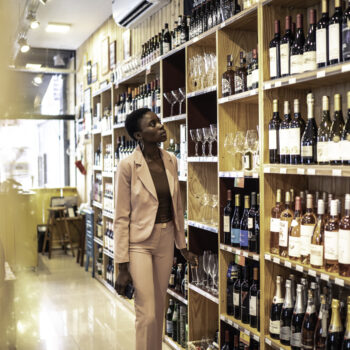 London inevitably seems to get all the attention, with many of the UK’s most historic wine retailers having grown their business from the ground up from within the capital, many for centuries. Some of the oldest wine retailers in the UK are based in London, including institutions like Berry Brother’s & Rudd, Justerini & Brooks and Corney & Barrow. While others have defined a new era of modern wine retail, such as the wine wonderland that is Hedonism, Jeroboams or Lea & Sandeman.

But there are many more merchants besides that have been building their empire outside of the big smoke.

Here we shine a light on the bricks and mortar wine retailers based outside of London that are themselves destination retailers for wine lovers.

When we can all make a journey outside of our ‘local area’ again, be sure to check out their bountiful wine reserves.

Click through for a snapshot of what they have to offer…

Founded in 1793 Averys of Bristol is a wine retailing institution and one of the oldest merchants in the UK. It’s flagship vaulted store in Culver Street, Bristol, remains the centre of its operation, alongside a growing online presence, offering a 1,300-strong selection of wines and spirits.

Its ethos is rooted in pioneering new regions and winemakers while championing the classics, particularly Bordeaux and new world regions including California, Australia and New Zealand.

“We are lucky with our size that we can source small parcels of wines from unique suppliers,” explains Mimi Avery, brand ambassador for her family’s business. “We don’t shy away from the Muga’s and Lafite’s of the world but we supplement with wines from people that we have worked with for generations, and new suppliers that mean we have a core of exclusive wines, along with our 15+ Averys own-label classics.”

Underlining its heritage and standing, in 2018 the family discovered a letter written by film maker Alfred Hitchcock in 1962, complaining about the difficulties of importing wine into the US, at the Bristol shop. The letter was found by Mimi Avery while searching through her late father’s files at Averys wine merchants. In it, the film director complained of “how impossible it was to import wines privately into California”, referencing the still problematic three-tier model in the US drinks trade. The letter had been sent to Mimi’s grandfather Ronald Avery, who was a driving force behind the merchant’s growth throughout the 1920s.

The letter read: “It has been impossible to import wines privately into California. One has to go through an established wholesaler and retailer. Naturally, the first question they ask is, “why don’t you buy your wines through us?” which you can only presume he did. Mimi said the family would now “keep the letter and frame it”.

Tanners was founded in 1842 and remains family owned and “fiercely independent”, with James Tanner the 4th generation to run the business from its head office in Shrewsbury.

In 2017 the wine merchant celebrated its 175th anniversary, having been born out of two Shrewsbury wine merchants, Thomas Southam & Son founded in 1842 and W&HE Tanner founded in 1877 by William Tanner and his brother Edward. Tanner acquired Southam & Son in 1936 and although they initially traded as two businesses they were amalgamated during the war and traded as Tanner & Southam until 1960 when it became simply, Tanners.

“Our range selection reflects our traditional background; Tanners has been going for almost 180 years,” said Hannah Schwarzer, marketing manager. “As such, we have built strong and very long-standing relationships with some of the best producers across Europe, with French wines making up the largest proportion of our range. However, we also list a wealth of New World wines too, and actively seek out new regions, recently championing eastern Europe amongst other up-and-coming areas.”

Its Tanners own-label wines in particular are worth seeking out, made with select producers, including Maison Sichel, which has been making wines under Tanners own-label range since the 1890s. The range includes wines from France, Spain, Portugal and Italy, with recent additions being an Argentine Malbec and Australian Shiraz. On discovering a particularly stellar vintage, the team may produce a Tanners ‘Super’ label, which has been the case with its Super Claret and Super Douro in recent years.

Tanners also stocks around 1,200 wines on its website, from quarter bottles of Sauvignon for £2.10 to bottles of Château d’Yquem for £660, alongside its full ‘Oddments’ range – generally small parcels, or fine and rare bottles that sit alongside its main list. 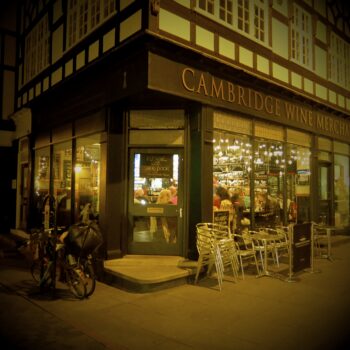 Where: Six retail outlets; 3 in Cambridge including its flagship on Bridge Street, 1 in Salisbury (Dorset), 1 in Royston (Hertfordshire) and 1 in Ampthill (Bedfordshire).

Cambridge Wine Merchants is a longstanding independent wine merchant with three shops in Cambridge, as well as several franchises throughout the south of England, a wholesale business and e-commerce arm.

The business was established in 1993 by friends, Hal Wilson and Brett Turner, who began building their wine retail empire from the ground up with a shop in Mill Rd, Cambridge. Today, the company has six retail shops, three in Cambridge and a further three across Hertfordshire, Dorset and Bedfordshire, and is still owned by Hal and Brett.

The team prides itself on its dedication to “super-rigorous totally independent buying”, personal service and the “range, value and deals you would expect from a multiple”, meaning keen prices and regular discounts. “We’re only as good as the last bottle we sold, so we buy with love, dedication, caution and flair. We are always on the lookout for funky one-offs and proper wine made by real people,” the team states, railing against the stereotype of a “stuffy wine merchant”.

“We’re excellent value because we import directly or deal directly with large suppliers,” it adds. It’s also a leading Wine and Spirit Education Trust (WSET) school, training all of its staff in wine and spirits tasting, as well as members of the public at its in-house schoolroom. 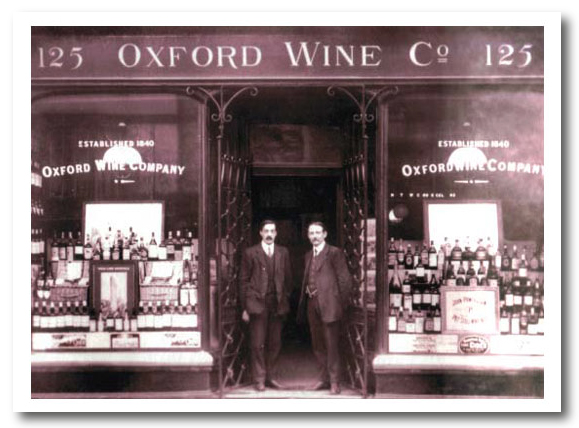 Where: Four retail outlets across Oxford, including its HQ in Standlake, plus a presence at Millets Farm Centre in Abingdon.

The original Oxford Wine Company was founded in 1840 and is today an independent wine merchant and wholesaler owned by MD Ted Sandbach. It stocks thousands labels, including plenty of “hard-to-find or exclusive wines and spirits” including Penfolds Grange, Sassicaia and Ornellaia.

“The most important thing to us is ensuring we have the best quality possible for our products,” says Emily Silva, head of retail and marketing. “Following that, we like to list things that we love and are more driven by showcasing a broad range. We aren’t hugely trend-driven, and our buying reflects where we feel the best value lies. For example, we have a broad range of Mosel Rieslings and an enormous selection of Sherries.”

Like many wine retailers, The Oxford Wine Company saw its online sales swell over lockdown from “just three or four a day to 150-200”.  “It was a huge logistical challenge, as well as being physically demanding but everyone really stepped up,” said Silva. “We’re sure that we made some friends during that period, and while the orders haven’t been quite at that crazy level since shops reopened, we’ve seen brilliant overall increase.”

The team has since revamped its website with the aim of providing visitors with the same personality, advice, and product knowledge that they would expect when visiting its stores. The company also owns a highly successful Oxford Wine Cafe Jericho which features (when open) over 20 wines by the glass and a large range of wines by the bottle. The team also runs their own WSET training in house for staff and customers. 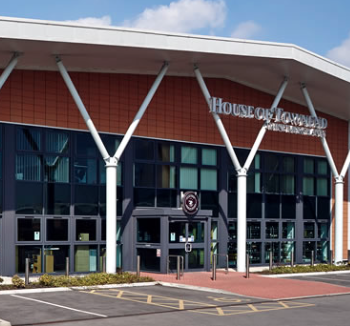 Where: HQ in Hull, with a warehouse and Cellar Door retail shop in Melton

House of Townend was founded in 1906 in Yorkshire and has remains under ownership of the Townend family, who have benefitted from a century of relationship building with producers the world over.

“The restaurant and hotel business is a significant part of our business, so although we do specialise in certain regions, eg Burgundy, we have to be strong in all areas,” explains Hannah Boyes, head of marketing. “Our emphasis is on family owned producers who share the same philosophy as ourselves, preferring organic and biodynamic producers.”

Everyday drinking wines are of particular importance, adds Boyes, with the team not interested in ‘off the peg’ wine purchases, choosing instead to visit winemakers after harvest each year to put together our own specific blends and House of Townend wines. “We insist that all our wines are bottled at source, with an aversion to UK bottling,” says Boyes. “The love, care and attention that top producers devote to their vineyards in order to produce the best possible fruit, followed by meticulous winemaking in the cellar, should be concluded by overseeing the final important stage – the bottling process.”

In 2016, the retailer relaunched its online wine site with the intention of unifying its wholesale and retail businesses under one brand. The online site now includes some 1,500 lines in total, including beers, spirits and soft drinks, with no minimum order.