There have been conflicting reports as to whether the UK government is considering allowing pubs in England to reopen without alcohol in April. 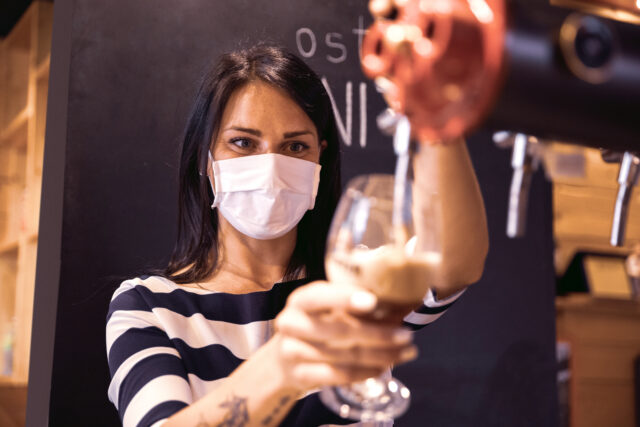 On Saturday, The Telegraph reported that the government was considering reopening pubs and restaurants in April, but only if they agreed not to sell alcohol.

The paper said the government was considering allowing ‘dry’ pubs as part of its roadmap for lifting lockdown, due to be published on 22 February. It noted that the measures were being discussed as the chief medical officer, Professor Chris Whitty, and others had expressed concern about the effect of drinking on people’s ability to respect social distancing guidelines.

Government sources have since denied that plans for no-alcohol pubs and restaurants were on the table.

One source told the Press Association: “We are not going to open pubs that can’t sell booze. What would be the point of that?”

The Sun also suggested the government is considering keeping pubs closed until May, as was reported earlier this year, but would allow them to serve takeaway alcohol from April. It also noted that the 10pm curfew would be scrapped.

Last week The Times reported that the ‘substantial meal’ requirement for pubs in England, which prompted many arguments about Scotch eggs last year, would be removed when they are allowed to reopen.

Prime Minister Boris Johnson has emphasised that it is “still early days” and that the government’s roadmap will be published later this month.