The oldest négociant from Bordeaux’s right bank, Horeau-Beylot, is to launch a new wine called Cuvée Romana, which it claims is the first natural Pomerol wine to be aged and vinified in amphorae. 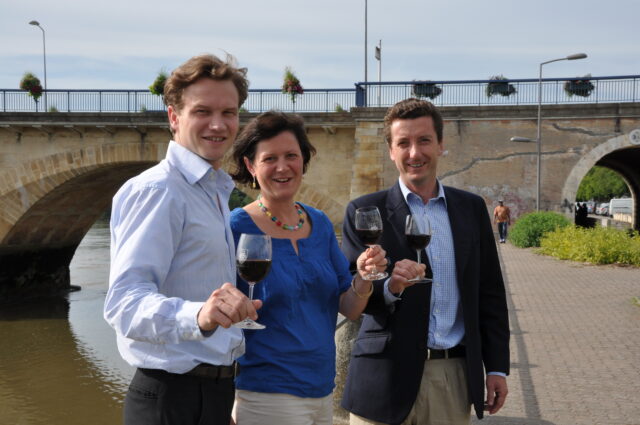 Cuvée Romana is inspired by the winemaking traditions of ancient Rome. The wine is made from Merlot vines that are around 60 years-old. The grapes are hand-picked, destemmed and transferred to clay amphorae where they undergo fermentation.

Made without the addition of sulphites, around 1,000 bottles of Cuvée Romana are released each year.

The wine notes read: “Terracotta is a neutral material which allows the fruit to express its full character. This method is totally “wood free.” Unlike oak barrels, the amphorae do not bring any flavours to the wine. The result is a purity of expression which is simply astonishing to contemporary palates, so familiar with Bordeaux wines which are overwhelmed by wood.”

Made by Château La Renaissance, one of nine properties owned by the Pradel de Lavaux family – which also owns Horeau-Beylot – the wine is described as having “black fruit aromas and mineral notes” with “ripe red and black fruit and silky tannins” on the palate.

The 2018 vintage was awarded 93 points by Suckling.

The Pradel de Lavaux family own several châteaux on Bordeaux’s right bank including Château Martinet, which is the only château based in the centre of Libourne, part of the Saint-Émilion Grand Cru appellation. Its city centre location means that the temperature in the château’s vineyards can be up to two degrees warmer than others in the region, resulting in more concentration and ripe fruit flavours in the wine. Its 2018 vintage received 94 points from critic James Suckling.

Among its other innovations, and in line with increasing demand for premium non-French wines, Horeau-Beylot is to begin trading premium New World wines and top European fine wines through La Place de Bordeaux. These include wines from Sassicaia, Ornelaia, Opus One and Almaviva as well as top Bordeaux names such as Pétrus, Cheval Blanc, Angelus, Lafite, Margaux, and Haut Brion

Fabiano Acioli, a former head sommelier on the Orient Express train, who is based in London, is the new UK export manager, and will bring his experience and contacts in the premium wine sector and five-star hotel to the project.