15% of Hong Kong bars have closed due to the pandemic

Representatives from the Hong Kong bar industry gathered at a press conference on 21 February and urged the government to allow them reopen. In the last six months alone 210 bars in the region have closed, accounting for 15% of the entire industry. 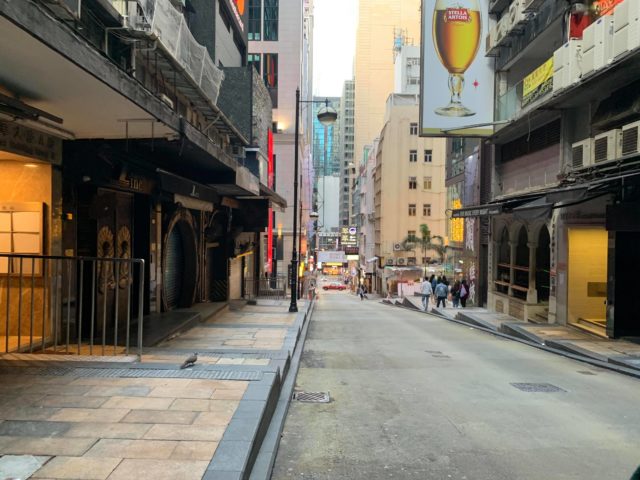 Since late November 2020, Hong Kong was under the shadow of the fourth wave of the pandemic and the government tightened the social distancing measures once again by cutting off restaurants’ dine-in service time at 6 pm and shuttering the operations of bars entirely.

As the situation is getting contained lately, the government lifted the regulations and allowed restaurants to extend their dine-in services from 6pm to 10pm from 18 February. Venues like gyms, cinema and amusement parks can also resume operations, but not bars and pubs.

Representatives from the bar industry gathered at a press conference on 21 February and urged the government to let them reopen.

Wing Chin, vice-president of the Hong Kong Bar & Club Association, said since they halted the operation from 26 November last year, he estimated each local bar has lost roughly HKD500,000 to 600,000, which includes the cost of rent and labour.

Worse still, during the period, they have missed the festive seasons including Christmas and Chinese New Year, where traditionally this is the peak period for the industry business.

According to Chin, 210 bars, which represented 15% of the industry, were folded in the previous six months. 70 of which were shut down permanently during the Chinese New Year.

He described that as the wave of business closure has already kicked in and if the government still refrains to resume their business operation, it is expected that another 15% of the industry players will face closing down soon. However, before winding up, massive layoffs are already taking place, if not many of the employees are requested to go on no-pay leaves or salary reduction.

Chin said he had been reflecting the detrimental situation to the officials, yet the issue still prevails. He urges the government to allow them to reopen again, and should provide a subsidy of HKD500,000 in order to soothe bar owners’ burden.

Although the government announced the fourth round of the anti-epidemic fund scheme for catering business affected during the fourth wave of the pandemic, the amount offered in this round was only an one-off subsidy of HK$50,000, which fails to answer the needs of the industry.

In fact, as the government has been allowing premises with restaurant licenses to operate during the course, starting from last fall, some of the local bars have applied to change their license to “bar and restaurant”.

Chin revealed that the license change application is feasible, as long as they keep the percentage of liquor sold lower than a certain standard, the process would just need around 2 months. Despite bars are able to open under such circumstance, Chin did not recommend the more bars to follow the change as the handling is still in a grey area.