Bullards Spirits has launched a gin inspired by the Norfolk coastline. Featuring foraged botanicals such as seas purslane, mash samphire, sea aster and Douglas fir, the gin is described as being “subtly saline” on the palate, with flavours of orange and lemon peel. Bullards Spirits also offers eco-refill pouches in its gin range to encourage drinkers to reuse their glass bottles. The aim is to be a zero-waste operation by 2022. In a partnership with Terracycle and Royal Mail, the pouches can be posted direct back to Bullards, where they will be recycled responsibly.

Father-and-son winemaking team Owen and Fergus Elias have launched three wines as part of their Winemaker Collection at Balfour Wines at Hush Heath Estate in Kent. Owner of the estate and contemporary art enthusiast Leslie Balfour-Lynn has commissioned Lothar Götz to create three colourful geometric designs for the labels. Les Sixes 2014 is a sparkling wine made using six of the seven approved grape varieties for use in Champagne, including Petit Meslier and Arbanne. Hush Heath was the first estate to plant these ‘forgotten’ varieties in England. The blend also includes Chardonnay, Pinot Noir, Meunier and Pinot Blanc.

Blended whisky brand Compass Box has unveiled a limited-edition blended malt. The whisky started life as a robust one-year-old malt spirit that was re-racked into first-fill olorosso Sherry casks. In 2019, one cask, known as #2 stood out, and Compass Box founder and whisky maker John Glaser decided to experiment. He combined the spirit, which had flavours of “cherry fruit and cedar spice” with samples of whisky from the lost Imperial Distillery in Speyside, which was aged in first-fill Bourbon barrels. The result is an “exceptionally rich and layered blended malt Scotch whisky”. 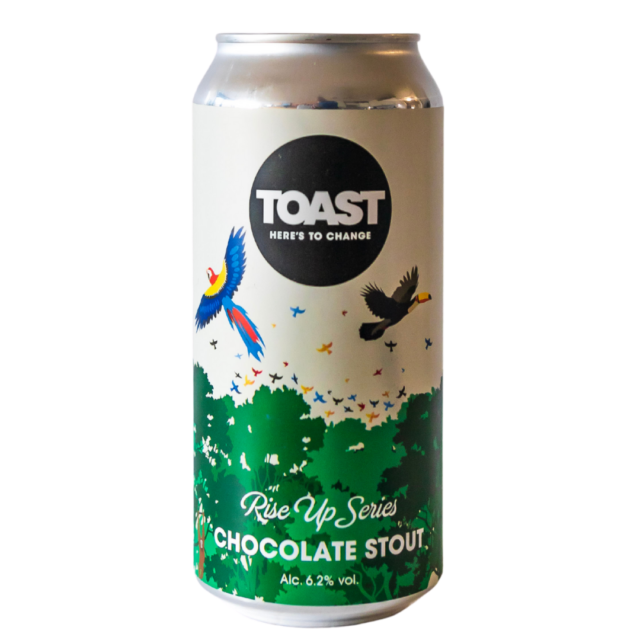 Beer brand Toast Ale has released a chocolate stout as part of its Rise Up series, a campaign that raises awareness of the environmental impact of our food system. The range of limited-edition brews has been made in collaboration with other businesses, and are brewed with surplus fresh bread. All profits from the sale go to charity Feedback. The chocolate stout was brewed with Divine Chocolate’s cocoa powder that also supports sustainable forestry. According to Toast, it has flavours of vanilla, liquorice and dark fruits with a rich and velvety texture. 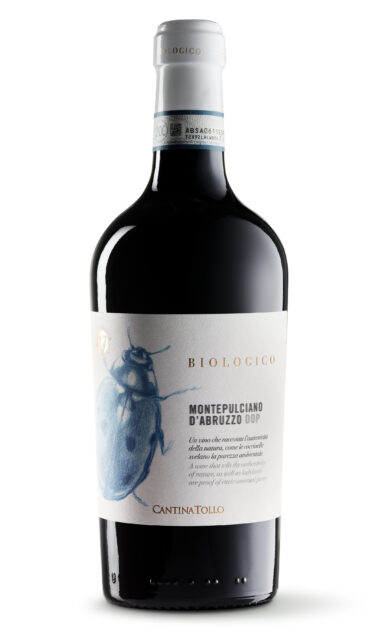 Cantina Tollo, based in Abruzzo, has released an organic and vegan wine range comprising five wines made from indigenous grapes. Each bottle features pencil drawings of “five bioindicators”. The Montepulciano, which has a ladybird on the label, is described as fruit-driven with a medium-to-full body and smooth tannins. Other products in the line-up include wines made from Pecorino, Passerina and a Cerasuolo rosé. Each wine is comes in sustainable packaging with PVC-free capsules and a label made from recycled paper and cotton fibres. 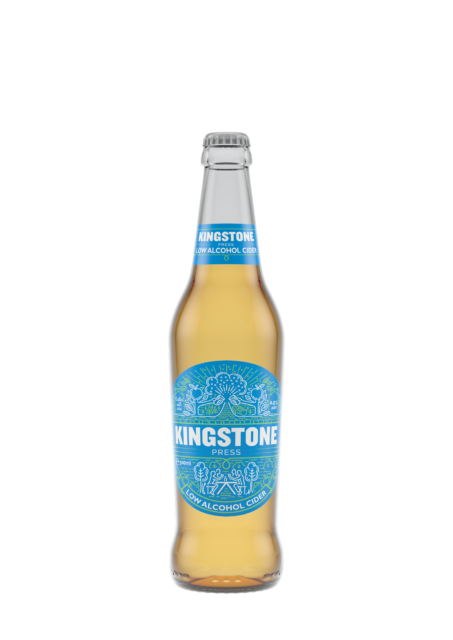 Kingstone Press has launched a low-alcohol cider using a blend of apples sourced from orchards across Worcestershire and Herefordshire. The 0.5% ABV drink is available in 500ml glass bottles, and is made using the Michelin Bittersweet, Angela and Dabinett apple varieties. It is described as having a crisp, fresh aroma with a bright golden colour. The low-alcohol variant joins Kingstone’s core range which includes a pear cider, a wild berry cider and its original apple cider. 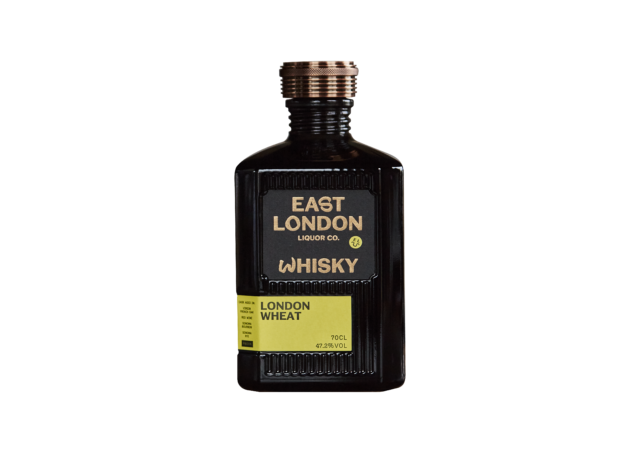 East London Liquor Company (ELLC) has launched two whiskies, including a new take on its London rye, and its first wheat whisky. Both expressions are bottled at 47.2% ABV, with the mashbill of the wheat whisky including 5% corn, 30% heirloom malted barley, 30% malted wheat and 35% unmalted wheat. It was double pot distilled before being aged in new French oak, as well as Sonoma rye and Bourbon-seasoned casks. The rye, a mixture of 42% rye and 58% pale malt, was aged in French oak, chestnut, and shaved, toasted and recharred Sherry and Bourbon casks. 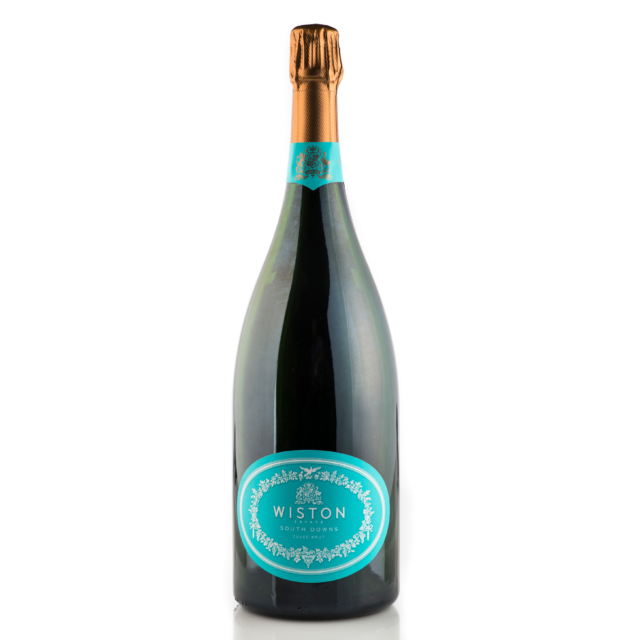 English wine estate Wiston has unveiled a limited-edition wine in magnum for the first time in three years. With extra ageing on lees in magnums, the wine is described as having creamy and brioche flavours with a golden colour. Just 1,000 magnums were made. The wine is a blend of 47% Pinot Noir, 33% Chardonnay and 20% Meunier, with the juice from each grape fermented separately in a mixture of mature Burgundy barrels. It was bottled in July 2014 and disgorged in September 2019. 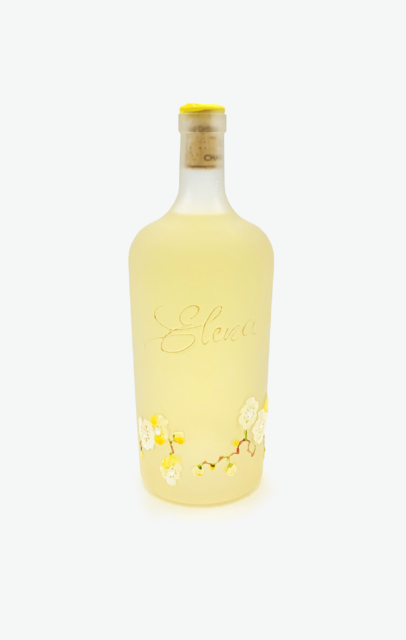 Château La Grace Dieu des Prieurs has become the first wine estate in Bordeaux’s Saint-Émilion to launch a white wine made from Chardonnay. Called the Elena cuvée, it is the result of much experimentation and preparation. The Chardonnay grapes are planted in one hectare, and most were established four years ago, with a quarter grafted onto old Merlot vines. Vinified in 100% new oak barrels from the Radoux cooperage, the wine spends a year in contact with wood. Through trials, the winery and cooperage have decided on the oak type and two different levels of toasting to create the desired flavours in the wine. The first vintage (2019) and subsequent releases will not be available for retail sale, but will instead be given to charity auctions in markets where brand owner Art Russe is present. The wine will only be available in magnums.

Miss Vicky Wine has launched “the first artisan Beaujolais wine in a can”. Anne-Victoire Monrozier, otherwise known as Vicky, sourced the wine from the family-owned Château des Moriers. Described as a fruity, light and crunchy red, the wine is also available in bottle. Monrozier, who works at her father’s vineyard in Fleurie, and also has her own wine business, has conducted a trial run of 5,000 cans, a format she believes suits wines from Beaujolais. Monrozier is currently selling the wine to the Bib Wine Company and Borough Wines. 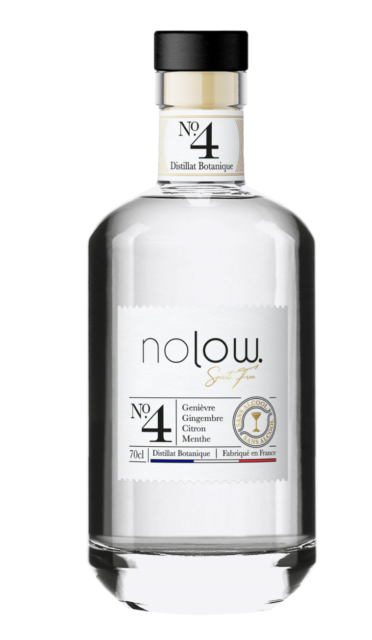 French company Nolow has released an alcohol-free ‘spirit’ that it says tastes like gin. Produced by Eyguebelle at its Aelred distillery in Provence, Nolow has botanicals including ginger, juniper, mint and lemon. Created in a bid to tap into the mindful-drinking trend, the distilled drink is made without added sugar, and is presented as an alternative to sweet alcohol-free offerings such as fruit juice or soda. Also designed for use in 0% ABV cocktails, the first batch of 1,500 bottles was released last month.

Brand owner Ehrmanns has added a Chilean Cabernet Sauvignon to its Beefsteak Club wine range, which it says has grown by 52% year on year. The producer says the wine has notes of fig and blackcurrant, and is described as opulent in style. The launch is being supported by a targeted social media campaign, as well as collaborations with BBQ influencers. The Cabernet Sauvignon joins the range’s successful Argentine Malbec, which, according to data from Nielsen, was the UK’s fastest-growing Malbec from Argentina in the year to 19 September 2020, with 127.7% volume growth. The wine is aimed at the convenience sector, and will be available through retailers including Imperial Cash and Carry. 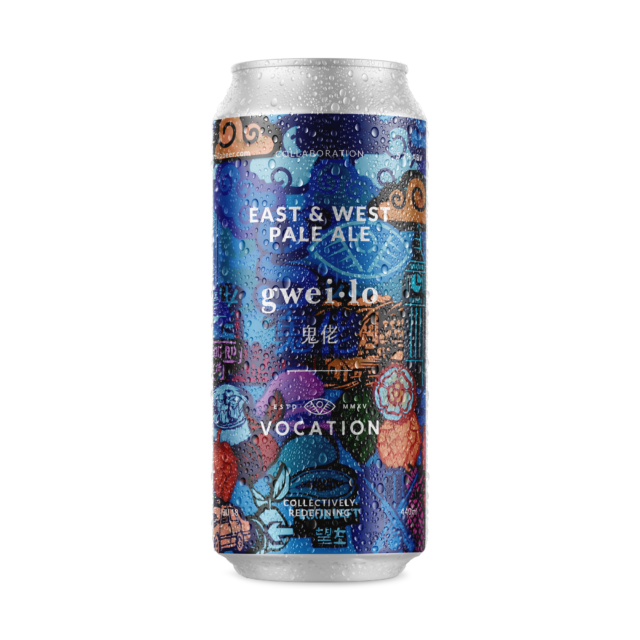 Hong Kong craft brewery Gweilo and West Yorkshire-based Vocation Brewery have collaborated to produce the East and West Pale Ale. The 5.7% ABV beer is described as having a “soft, hazy base” and is dry-hopped with Galaxy and Vic’s Secret hops, which give the brew flavours of ripe papaya, guava and pineapple. The release is designed to celebrate the brewers’ partnership across two parts of the globe and the launch of Gweilo in the UK. The artwork on the cans was designed by Hong Kong street artist Szabotage.

The i heart Wines brand has added a pink Prosecco to its range, following the groundbreaking change in legislation by the Prosecco DOC. Launched in November, the rosé fizz is described as “fresh, fruity and floral”, with flavours of strawberry and raspberry. The wine is said to be “very versatile” when it comes to food and wine matching. Launched through online retailer Slurp, the pink fizz hit the shelves in Nisa stores last month, and will appear in Sainsbury’s this month.