The roof of Cellar Vall Llach, one of the leading wineries in Priorat, has collapsed due to heavy snows potentially destroying what remains of the 2018, 2019 and new 2020 vintages. 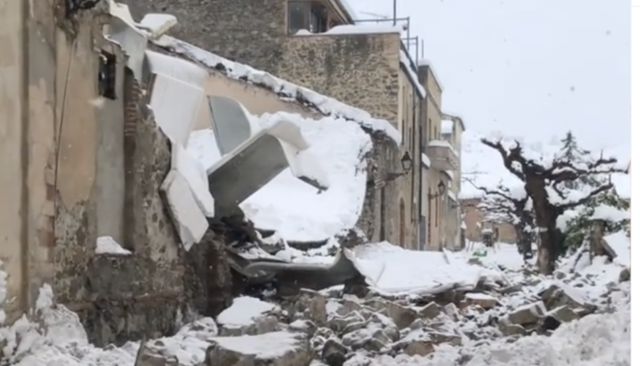 Spain is currently experiencing very heavy snowfall right across the country including in Priorat and Terra Alta in Catalonia.

Snowfall there has reached half a metre in depth in places and the buildings of the region are not designed to support the additional weight – especially older buildings more used to Mediterranean summers.

On the morning of Sunday 10 January, the roof of Vall Llach buckled under the weight, bringing the roof down down on the vinification, storage and bottling area of the winery.

Local resident and wine writer Miquel Hudin has reported that the full extent of the damage is not yet known, though the winery has posted a video on Twitter showing the outside of the cellar.

The winery’s director, Roger Simó, told Hudin however that the area housed all of the inventory for the 2019 vintage, a “great deal” of unsold 2018 and the new 2020 vintage which was still in tanks. The 2020 vintage is also a small one due to heavy mildew in the region last year, while sales of the 2018 vintage have been slow as a result of the pandemic

All the equipment such as the presses, pumps and bottling machines are also buried under the snow and rubble.

With disruption caused by the snow and the village of Porrera being under “municipal confinement” due to Covid-19, the extent of the damage is unlikely to be known for some days yet.

Another winery, Encastell, which rents part of the space for its own inventory, told Hudin that it seems to have escaped any damages but is working to remove what it can as further collapse is highly possible given the weakened state of the structure.