Brewers and retailers have reported that there is a lack of clarity among UK consumers as to what Brexit means for beer imports from the EU. 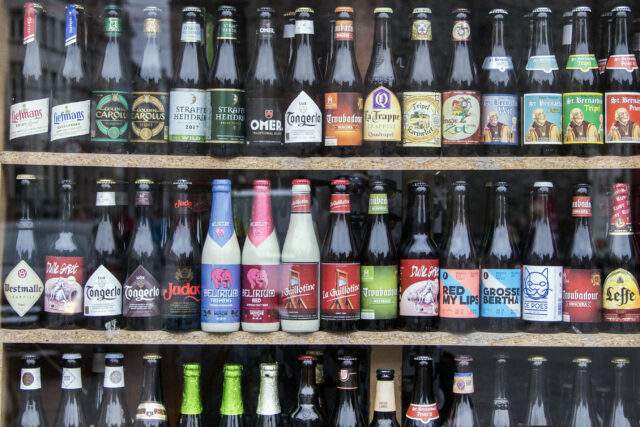 In December 2020, UK lovers of European craft beer were getting their last orders in. Quoting confusion over what Brexit could mean for deliveries, consumers shared their experiences and advice online. While others were hoarding olive oil and Camembert, Facebook and Instagram saw a flurry of social media posts about making large stockpiles of European beers. One Facebook user posted a selection of Finnish beers, saying the decision to buy had been made “before Brexit could complicate matters”.

Craft beer consumers often enjoy talking about their purchases online, but these latest posts may have contributed to a real upsurge in sales.

Not all EU breweries benefitted from a pre-Brexit boom. Swedish brewery Omnipollo found its fans “supportive” but caught out by a lack of clarity on the availability European beer in 2021. Magnus Björnstjerna, operations manager at Omnipollo, told db: “I believe the impact Brexit would have was still very unclear for most.”

Since Brexit, Omnipollo has paused its direct delivery to UK customers indefinitely.

Some commentators hoped that Brexit would boost the UK brewing scene, as more consumers buy local or support homegrown businesses.

Reports from some independent brewers have been more sceptical, citing slow sales in January. According to Tap Social brewery, based in Oxford, any positive effects of Brexit have been outweighed by the impact of Dry January and the closure of pubs and bars during the pandemic.

However, Tap Social’s director, Matt Elliott, is doubtful that his brewery will ever feel the benefits of Brexit.

“It seems likely that Brexit will create more hurdles for us than it removes,” he told db, listing increased prices from suppliers of ingredients and packaging. Many UK breweries source supplies from the EU. For example, Germany is the second largest grower of hops in the world (after the USA) and produces over 30 times the number of hops grown in the UK, according to the Economic Commission Summary Report 2019 published by the International Hop Growers’ Convention.

Consumers can still access European beers from UK beer retailers, who were more prepared for Brexit than most customers who buy direct. Yentl Bresseleers from online Belgian beer shop belgianbeers.co.uk told db that the lockdown created unique conditions for the retailer. Not only have coronavirus restrictions turned those who would usually visit pubs or bars into stay-at-home drinkers, but a higher proportion of Belgian customers living in the UK are buying more as they find themselves limited by travel restrictions. “People are missing home,” Yentl said.

Nevertheless, Brexit confusion is still affecting the sector. Despite little disruption in their supply, Yentl reports that customers have a “misconception that additional import fees will be due”.

With a lack of clarity about what Brexit means for beer imports, individual companies are having to bear the burden of explaining the situation to their customers on a case by case basis.