Champagne Bollinger has appointed Gaël Chaunut as its new head cooper, the only in-house cooper in the region. 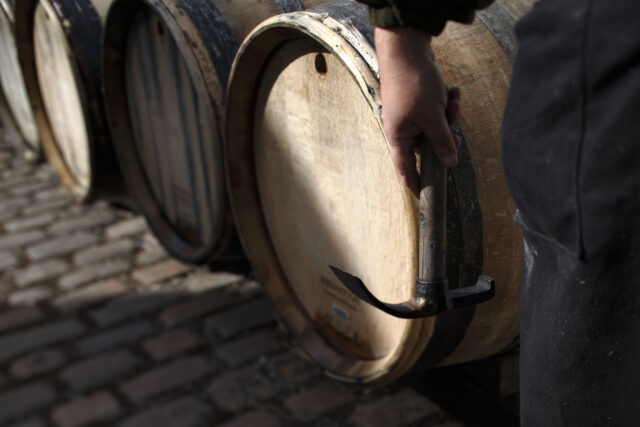 Chaunut took up his new role officially on 1 December 2020 and he takes over from Denis Saint Arroman who was training him in the months leading up to his departure.

Chaunut trained with the Compagnons du Devoir to gain his cooperage qualiification and even makes his own tools of the trade. In addition he volunteers with the local fire service.

He said: “I am particularly delighted to be joining this wonderful House for which vinification in wood has always been one of the fundamental pillars when it comes to taste.”

Bollinger is one of the few houses in Champagne that still uses wood extensively in its vinification process, though only for wines from its grands and premiers crus parcels.

Nonetheless, those wines aged in wood are used to make all of Bollinger’s vintage and non-vintage cuvées and to replenish the magnums of reserve wines.

The house has some 4,000 barrels which Chaunut will be in charge of maintaining and repairing as well as making new barrels as required. All of the wood used in these processes comes from the family forest at Cuis.