Having brought you the first half of my dozen top drops for Christmas last week, here is the second instalment, taking in fizz from the Western Cape and Riesling from Canada.

As previously reported, the following selection features some of my favourite wines from across db’s extensive programme of Global Wine Masters, which have continued throughout 2020 in-between lockdowns, and in line with physical distancing guidelines and UK Government regulations.

Representing a snapshot of my top-performers from across the tastings of 2020, these are the bottles I would buy for consuming at any time of year, but particularly during Christmastide.

For this reason, the recommendations below tend to be those that are both first-rate and affordable – it’s common for the most outstanding wines from the Masters to also be among the most expensive of their category, making them beacons of brilliance, but inaccessible for all those but the most extravagant drinkers.

So read on to see the contents of my ideal mixed case for Christmas – with this post featuring the second half of the selection. The other six can be seen by clicking here. 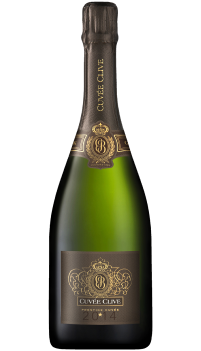 To my disappointment, one of the wines I wanted to recommend in this list – Maison Louis Bouillot’s Perle d’Or Rosé – isn’t available in the UK. You can read more about it in this year’s Rosé Sparkling Masters report, but for now, all I’ll say is that it’s a brilliant pink sparkling from Burgundy, and perfect for Christmas festivities with its rich raspberry and vanilla characters, and prestige cuvée look and feel for Brut NV Champagne money. Pick it up next time you’re in France.

However, I have another fizzy option that I’d proudly serve at any show-off festive drinks session, although it’s not pink. As I’ve already proposed a Champagne, this time I’ve taken a top-scorer from our Global Sparkling Masters, and one that seriously impressed all the judges, and it’s South African. This Cap Classique – which is the term used to describe Champagne-style traditional method fizz from the Western Cape – hails from the cellars of Graham Beck, and is its ultimate expression, Cuvée Clive.

It’s perfect for fine Christmas refreshment, with a rare and enticing combination of ripe yellow fruit and roasted, nutty nuances, along with fresh tangy brightness. It’s clean, complex, and cleansing, with the hallmarks of great Champagne, but with richer, juicier fruit – making Cuvée Clive an exciting, indulgent and distinctive alternative to its much more famous rival.

So, if you’re not planning to a Christmas toast with Champagne, then do it with something South African. 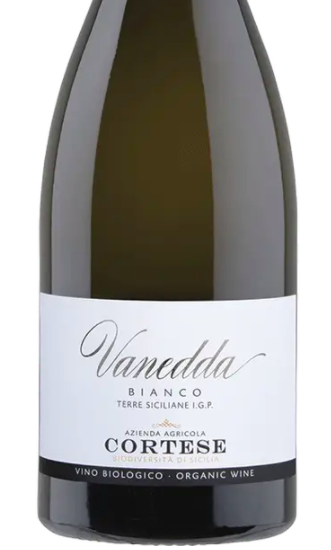 At the start of this year, when tasting my way through the eclectic range of samples that make up our Global Organic Masters, I came across a glass of white that had me enthralled and intrigued. It was delicious, with a great range of flavours, but also palate weight, with a viscosity, along with a gentle freshness. But, it wasn’t in a flight of expensive wines. What could be so good and only cost around £15?

Well, as I later found out, it was a barrel-matured Sicilian white wine called Vanedda, made from native Italian grapes, and sourced from an estate formerly owned by a locally-renowned matriarch called Giovanna Cortese, It’s now managed by Stefano Girelli – an experienced wine trade figure who’s championing organic wines from Sicily’s native grapes.

So what does it taste like? Well, coming from the 2017 vintage, it has some of the characters that come with aged white wines, such as a touch of beeswax, but also ripe, yellow fruit, including honeydew melon and peach, along with a hint of oak-influence, with a pleasing cashew-like character too. Oily, but also fresh, it could be drunk with fish or white meat, or consumed as a Christmas day aperitif, perhaps just with a few salty crisps and roasted nuts. I’ve ordered a case already. 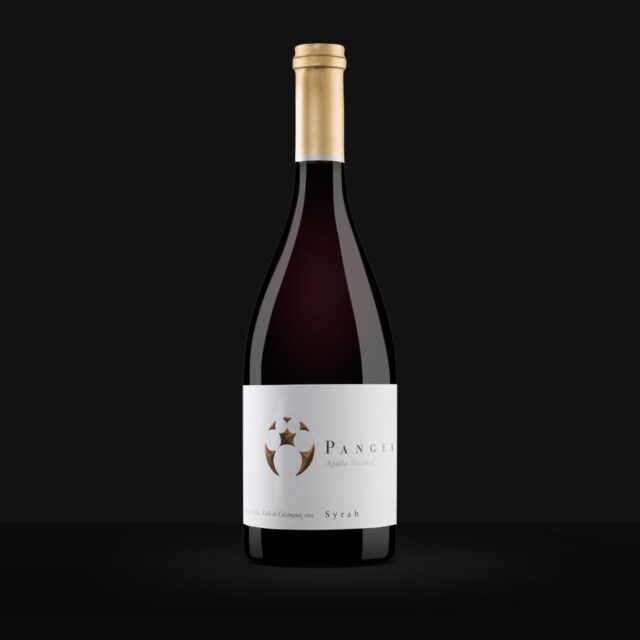 After many years of touring Chile’s wine regions, I have found that this land of Cabernet makes exceptional Syrah, it’s just that the nation’s vintners find it much harder to sell the fruits of this latter, less fashionable grape. Considering the prevalence of granitic soils in Chile, and its Mediterranean climate, both of which favour Syrah, then it seems right that this grape should be well-suited to the South American nation. So it was satisfying to see that some of the highest scoring wines in this year’s Syrah Masters were from Chile, even when blind tasted against more conventional sources of this grape.

One was the affordable, structured, gently pepper and blackcurrant-scented sample from Cono Sur, under its 20 Barrels brand, and using grapes from the northern coastal area of Limarí. Another was also from Limarí, this time with a touch of Cabernet Sauvignon and Petit Verdot. Made by Sutil, this is, in my view, one of Chile’s best value high-level reds, and a benchmark for sub-£20 Syrah.

But my favourite of the 2020 competition was a Syrah called Pangea. It hails from Colchagua, home to so much great Carmenère, and uses Ventisquero’s vineyards in the Apalta sub-region, now a DO in its own right. This was a taut but powerful style of Syrah that was enticing now and, even though it was from the 2014 vintage, it clearly has many years ahead of it. It has ripe, but also bright characters, ranging from dark cherry to stewed plums, black olive to white pepper, along with other layers of flavours from cigar box, vanilla and violets. Such quality is perhaps not surprising when one learns that John Duval is the winemaking consultant – the man who used to make the blockbuster Shiraz blend that is Penfolds Grange.

If you’re happy to eschew the classic wine regions of France when it comes to the big Christmas meal, and you’re also considering ditching the customary turkey, and perhaps replacing it with a rib of beef, then I suggest you opt for Malbec. With its deep colour, juicy fruit, and dry grippy tannins, it’s always been a great option for marbled meat, and, such is its popularity with drinkers in the UK and US, it’s easy to find a good one.

Plus, such is the quality of the Malbec being made today, the consumer really is spoilt for choice. And don’t think you have to choose one from Argentina. This may be the nation responsible for the grape’s resurgence, and the leader for quality expressions (particularly the outstanding single vineyard Malbecs from Doña Paula and Bodegas Trapiche), but it is a French variety, and it’s planted in a range of locations, with some notably good versions hailing from Turkey (Yedi Bilgeler Winery), Chile (Vina Aresti) and Cahors in France (Château Lagrézette), based on some of the high scores in this year’s Malbec Masters, which you can see in full here.

But a find for me from 2020’s competition was a Malbec that did come from Argentina, and it’s newly-fashionable flagship area called Gualtallary. It was also one that offered a lot of interest for the money, and a surprising, beneficial element. Made by Bodegas Aleanna, and called ‘El Enemigo’, I was impressed by its combination of sweet black fruit, cigar box, toast and creamy oak, high dry tannins, and then fresh, red berry and plum brightness. It later turned out that this wine wasn’t entirely made with Malbec, but contained a 10% dollop of wine using another grape, and that variety was Cabernet Franc. This is key, as the grape brings a light touch to Malbec’s less-than-delicate characters. And, judging by this particular wine, and others I have tried, it’s a particularly successful match.

With Christmas being one of the few times when few will judge you for being excessively indulgent, you definitely don’t want to scrimp and risk disappointment. For this reason, I suggest turning to Californian for its top Cabernets – wines that may be pricy, but provide reliable and instant appeal. While we have given out some very high scores for Sonoma’s great examples, (Stonestreet in particular, which I see for UK consumers available here) it’s Napa I’ve opted for in 2020.

That’s because, if I look at the highest scoring wines from this year’s Cabernet Masters, coming out top in terms of points-for-the-price is the 2016 vintage of Napa Valley’s Freemark Abbey. Costing around £60 in the UK (if you can find this vintage), it’s expensive, but not by Napa standards, or compared to the great Cabs of the world, whether you turn to the Maipo, Tuscany or, of course, the Medoc.

And this Freemark Abbey is a great wine, displaying the delicious hallmarks of fully-ripe Cabernet aged in new French oak, from creamy chocolate to concentrated blackcurrant, along with a touch of juicy raspberry, plums, and fine, dry, mouth-coating tannins. It’s a strong wine, but not too ripe, nor is it excessively alcoholic or sweet in character. In short, it’s a testament to the quality, richness and balance of well-made Napa Cab.

The Christmas period, and particularly the day itself, is definitely a time to drink sweet wines. The traditional accompaniment to the large quantities of cheese consumed at this time of year – in the UK at least – is Port, the vintage ruby sort, and when it comes to Christmas pudding, I would normally suggest serving Madeira, a rich, sweet one, such as an aged Boal.

But we did not conduct a Fortified Masters this year, and so I’m going to draw on a sweet unfortified option from a recent tasting.

This particular wine wowed in our Riesling Masters, where it was the final sample of a long day’s tasting, leaving us refreshed, when we could have been weary. It comes from Canada, and made from Riesling that has been frozen on the vine, concentrating its wonderful inherent traits, including sugars, flavonoids and acids.

Classed as Icewine, and made by Peller Estates, it offers an amazingly sweet, but strangely cleansing drinking experience. With almost 190g/l of residual sugar (a Sauternes such as the great Château d’Yquem has between 120-140g/l), it is unctuous, almost viscous, with an intense range of flavours from mango and peach, to honey, figs and raisins, but also this contrasting character, with a green apple tangy finish, that leaves one reaching for another shot of this extremely sweet drink. And, unlike the aforementioned fortifieds, which use spirits to bring extra alcoholic strength, this Icewine only has an ABV of 10.5%. This may not matter over Christmas, but even if you drink the bottle, it should leave with a clear head as well as a clean palate.

If you think you deserve a place on this list, please visit The Global Masters website for more information, or, to enter future competitions, please call: +44 (0) 20 7803 2420 or email Sophie Raichura at: sophie@thedrinksbusiness.com