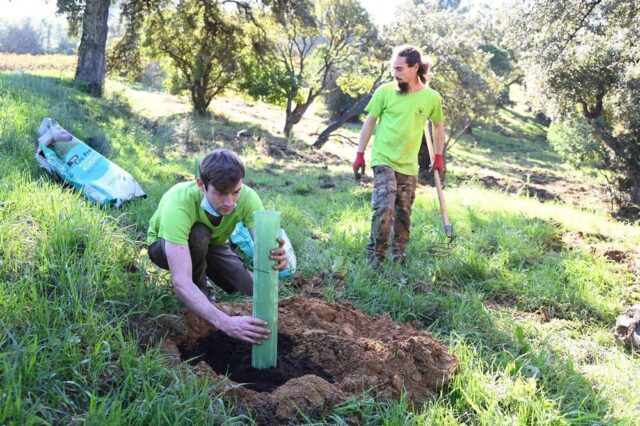 A partnership was formed last month between Diam, the Sud Provence Alpes Côte d’Azur Region and forestry management association ASL Suberaie Varoise as part of an initiative to plant one million trees in the south of France.

The principle role of Diam’s plantation is to help regenerate the ageing cork oak forests in the Var region as well as to offer some “genetic mixing”.

The saplings have been sourced from the Luberon tree nursery in Lambesc in the Provence-Alpes-Côte d’Azur region. It will take around 50 years for the first layer of bark, which can be used to produce corks, to establish and be harvested.

Diam first pledged its allegiance to the French cork industry in 2012 and has since vowed to support the industry in the Pyrénées Orientales, the Var, Corsica and the Landes regions.

Fabien Nguyen, cork purchasing director at Diam Bouchage, said: “In addition to the many virtues of cork, the cork oak is something of a formidable tree. This species of tree is a genuine ally in fighting fires, which is the public enemy number one for forests in the Var region of France. Thanks to its thick layer of bark, it acts as a “firewall”, and is able to withstand the flames and regenerate thanks to its high level of resilience. Cork oak trees also harbour a wonderful array of plant and animal biodiversity around them and help protect our countryside. They are also widely recognised as a major carbon store as these trees are never cut down for production of cork.

“Today, Diam buys anywhere between 100 and 150 tonnes of cork each year from ASL Suberaie Varoise from the 30,000 tonnes purchased annually by the company to manufacture its corks. And each year we try to increase the volumes purchased in the framework of this collaboration.”

Currently, 1% of the cork Diam buys (300 tonnes) comes from France. The company makes some 2.4 billion corks every year.

CO2 CAPTURED BY CORK ENOUGH TO OFFSET FOOTPRINT OF GLASS

CORK SUPPLY: CLIMATE CHANGE WILL BE AN EVEN BIGGER ISSUE AFTER LOCKDOWN