Cristobal Undurraga: Chile can be ‘world leader’ in organic viticulture

Chile has the potential to be a world leader in sustainable, organic and biodynamic viticulture thinks Cristóbal Undurraga, technical director of Viña Koyle. 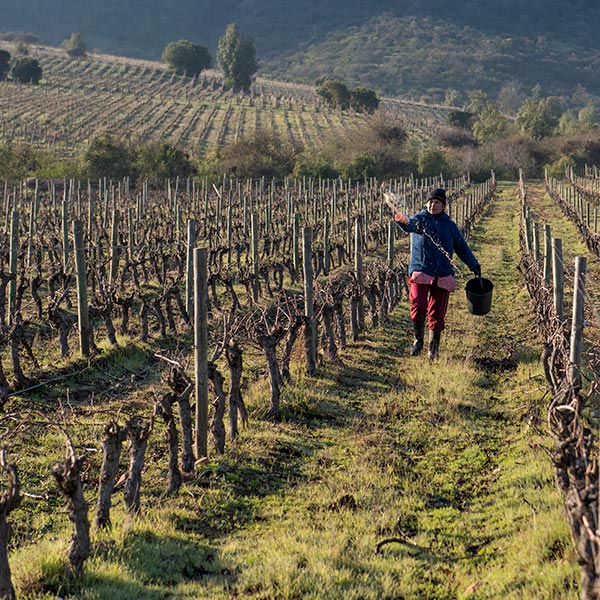 With Chile’s climate providing low disease pressure and with a low number of serious pests – including phylloxera – Undurraga said he believes, “Chile can be and has the potential to be a world leader not just in sustainable viticulture but also organic and biodynamic [farming].

As he said: “For me, in Chile it is totally viable to work in this way due to our Mediterranean climate with marked seasons.

“The rains fall almost 100% in the winter and early spring, coupled with hot summers and very low relative humidity, this favours a lower pressure of fungi, the main problem in other countries, especially botrytis at the end of maturity, mildew or oidium.

“To this it can also be added that Chile is not a country of great pests. I think that in any case the challenges in relation to the climate are not big, giving us a great opportunity to develop biodynamic agriculture.

“The main excuses for not doing this,” he continued, “are the pressures of the large agrochemical companies that are always in the mind of the farmer. In addition to the fright and difficulty that they add, in universities organic agriculture is practically not taught so there are no tools to do it.

“An example of this is that there are no deeper courses in organic viticulture, organic farming or even biodynamics, composting classes, etc. It is very important to give more focus to the conformation of ecosystems.

“I remember that in college I had a subject that was ecology, which was a course that opened many doors for me where they talked about the construction of ecosystems. It is essential that we as a country take this as a challenge, relying on education and believe that we are capable of achieving it.”

Undurraga’s own family estate in Los Lingues in Alto Colchagua, is farmed biodynamically. He said he was inspired to “get away from all chemical products and to know more in depth the relationship between wine, cosmos and earth.”

As well as the increase in wildlife in the vineyards, “the birds, herbs and insects”, he believes it has had an impact on the vines and crop as well, bringing earlier maturation, with less sugar and more acidity – a useful attribute in a country with such warm and dry summers.

And, more to the point, he believes that this manner of farming brings added value to the farm and estate as a whole.

“Not only in monetary terms, but also in the value of brand admiration, work, quality, commitment and pride in having such a project,” he said.

“It is something that people are looking for, and not only in Chile, but also young people and older people, both from the old and the new world.

“For the entire team, working in this way is a commitment to the future. We believe that the world tendency is going in that direction; where today it is something that stands out, but tomorrow will be a requirement. There are many challenges and changes today in the world, this is one of the things that must be taken and learned, and we are gaining time in this.”