What challenges face Burgundy in the secondary market?

With prices continuing to rise but price growth decelerating, volumes stabilising after a good run of harvests, has Burgundy lost some of the protection previously afforded by record demand and minuscule production? 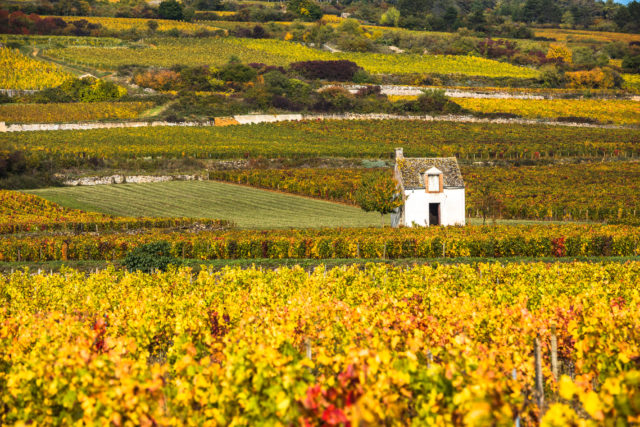 Wine Lister recently published an in-depth report on the famous French region recently, in which it pointed to both the strengths and weaknesses of the region’s output in the current marketplace.

As it said in the report: “With more stock availability left over from 2017 than the previous run of low-volume vintages, and 2018 – a vintage of quality and quantity – released into a pandemic-ridden market, Burgundy is no longer totally immune to the wider fine wine market context.

“Shifts in consumer demand align somewhat with affordability, as prices of mid-tier categories edge towards inaccessibility, even if the very elite sector of the market remains strong. Will 2019 be the first vintage to bring Burgundy’s price bubble back to earth, or will its wines continue into the stratosphere?”

The findings largely chime with other analysis from fine wine observers pointing to on-going (though perhaps not as surging) demand for Burgundy, which is fuelling a rise in prices across a broader spectrum of the region’s wines even as the leading names see price appreciation slow or even step back a little as they top out at record levels.

More Burgundy wines than ever before now cost £3,000+ as Wine Lister noted and while it remains one of the best price-performing categories the platform tracks, it has now been overtaken by Piedmont.

Interestingly, Wine Lister has noted that Burgundy has suffered the biggest fall in popularity among the five most-searched-for regions over the past two years with a major drop off since a peak in summer 2019; and it now languishes behind the Italian regions of Tuscany and Piedmont, has been steeply overtaken by Bordeaux and looks set to be surpassed by California too.

It asked its 53 trade members around the world for their view of the big challenges facing Burgundy and while many remain optimistic overall regarding the region’s continued success and popularity, there are question marks over certain key areas.

First and foremost of these is, as one might expect, price, which half of the respondents put at the top with fears of both pricing ‘bubbles’ and the increasing price gaps between categories with many seeing speculation at the top end as a “plague”.

Climate change was also high on the list of concerns, with one UK merchant quoted as saying that, “with harvest dates earlier and earlier each year, alcohol levels rising, issues with frost, with sunburn, etc., climate change is undeniably making things less predictable for growers and winemakers”.

Others noted an increase in vintage variation and fluctuations in volumes of course have a knock on effect on supply and increased pricing pressure.

And the third biggest concern was accessibility, with another UK respondent noting that allocations for merchants and clients, “doesn’t allow new customers access to certain wines, and so younger/newer customers are not exposed to them,” which of course was the argument against certain pricing issues in Bordeaux not so long ago.

One respondent even went to far as to say that the current pricing trend had, erased a whole generation of potential Burgundy buyers – there are 10-15 years of people who are now able to afford very good Burgundy, but weren’t able to when they were young so they never got the bug”.

Is Burgundy in danger of being stuck with a dying audience?

Other worries covered tariffs between the UK, US and Europe, competition from other regions and styles (not just other Pinot and Chardonnay), the impact of external investment as land prices in the region rocket, speculation as previously mentioned and premature oxidation is still a concern to some.

Nonetheless, the respondents also pointed to the Mâconnais, Côte Chalonnaise, Saint-Aubin, Chablis, the Hautes Côtes de Nuits and other AOC as areas where there is still opportunity for Burgundy to attract new buyers, especially as winemaking in some spots continues to improve.

Ultimately, however, the growing gap between the very upper echelons of Burgundy and ‘the rest’ no matter how good they might be or are becoming was almost certain to be price cuts at the mid-tier and even the possibility of over-supply at the entry-level.

With the launch of the 2019 vintage rapidly approaching, it will be interesting to see how Burgundy steers its course out of the rocky waters of 2020 and deep unknowns of 2021.