The Welsh government has announced that from Friday, pubs, bars, restaurants and cafés in the country can’t serve alcohol and must close by 6pm. 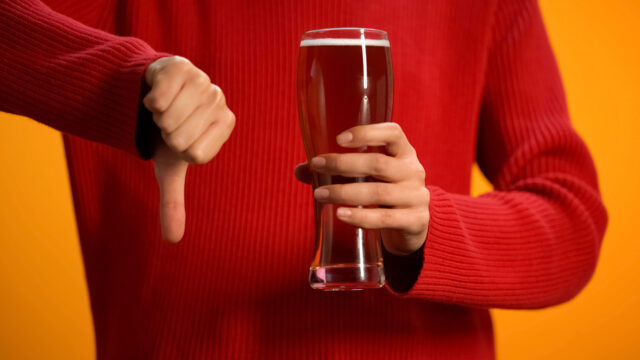 First Minister Mark Drakeford announced the measures during a coronavirus briefing today, which he said would “create more headroom for the Christmas period”.

After 6pm, hospitality outlets will be permitted to offer food and soft drinks for takeaway, but not alcohol.

Explaining the government’s reasoning, Drakeford said: “This virus – and this pandemic – continues to be full of unpleasant surprises. It thrives on our normal human behaviour and all those places and opportunities where we come together.

“We will focus these changes on places where we meet and where coronavirus thrives, drawing on recent evidence from the UK SAGE group of experts about what interventions have had the biggest impact on the virus.”

Indoor entertainment and visitor attractions have also been ordered to close. The Welsh government is making an additional £340 million available to support those businesses in the hospitality and tourism sector that are affected.

The restrictions mirror those in place in areas of Scotland in tier three. Kate Nicholls, chief executive of trade group UKHospitality (UKH), said the news was a “major blow”.

“We know the effect this has had on community pubs in Scotland and fear many businesses will not survive,” she said.

UKHospitality Cymru executive Director David Chapman said the industry was “unjustly bearing the brunt of government actions when retail and other areas are allowed to trade relatively unhindered”.

He added: “We can take some comfort from the swift response to our direct appeals for vital support by the financial support being offered by the Welsh government, though. Such severe restrictions necessitated a similarly large package of support to offset the measures and ensure that businesses stay alive and jobs remain open. There are still losers in this package and some of our bigger hotels could still be in inadequately assisted.”

According to the British Beer and Pub Association (BBPA), Wales has some 3,227 pubs, of which over 2,150 are drinks-led, while the remainder are more food-focused.

The BBPA said even those that do offer food would be “rendered unviable” by the alcohol sales ban and the 6pm curfew.

“Evenings are the key trading period for pubs and enjoying a beer, with or without a meal, is one of life’s simple pleasures – forcing pubs to close at 6pm and banning alcohol sales all but closes them down in reality,” she said.

“When you factor in that December, with the festive season, is the most important time of the year for pub goers and our sector, this really couldn’t come at a worse time.”

“Thankfully the Welsh government is looking at significantly increasing the financial support on offer to pubs in Wales in recognition that these restrictions will devastate many businesses. Such support is an absolute necessity if Welsh pubs and breweries are to survive this Christmas and be there to re-open and help lead the economic recovery in the future. It is vital too that this support gets through current State Aid restrictions so that ALL pubs who need it have access to it.”

Drakeford argued that without tougher measures, there could be between 1,000 and 1,700 preventable deaths in Wales over the winter period. He said his government would review the decision again on 17 December.

Wales currently has almost 210 Covid cases per 100,000 people, with 1,000 patients in hospital with a confirmed case of the virus.