Australian wine giant Treasury Wine Estates is pulling back some of its Penfolds range from China – which accounts for nearly 40% of the iconic brand’s earnings – to concentrate on other markets following the imposition of a huge 169% ‘anti-dumping’ tariff on its wines. 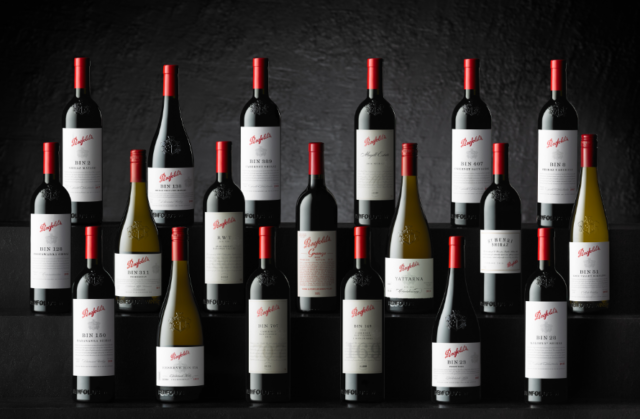 In a statement to the Australian Securities Exchange (ASX)  this morning, the company said it was reallocating its Penfolds Bin and Icon range away from China as part of a series of measures to mitigate the impact of China’s ‘anti-dumping’ tariffs, which includes reallocating grapes to some of its other premium wines and bolstering other international markets.

It follows the imposition of temporary tariffs of 169.3% by the Chinese Ministry of Commerce (MOFCOM), which are expected to remain in place until the end of March but could be extended until 28 August 2021.

Whether the measures will be maintained, adjusted or removed hangs on the final outcome of the Chinese government’s anti-dumping investigation.

Currently, China accounts for 25% of TWE’s annual global Penfolds allocation volumes and around 39% of its annual global Penfolds allocation revenue, with the country representing approximately 30% of TWE’s Group earnings. It is heavily dependent on the premium end in China, where luxury and masstige wines contribute around 63% of volume and 91% of its Chinese revenues.

TWE said that while the provisional measure remain in place, “demand for its portfolio in China will be extremely limited” and it was commencing  an immediate response plan aimed at reducing the impact on earnings and “maintain the long-term diversification and strength of TWE’s business model and brands”. However it noted that the benefits were likely to be limited in the next financial year, only reaching “their full potential” over the nest two to three years.

The measures include reallocating Penfolds Bin and Icon range from China, which represent 25% of TWE’s annual global Penfolds allocation volumes and around 39% of its revenue, to other key markets including Asian markets outside of China, Australia, the US, and Europe, and boosting investment in sales and marketing to drive growth. However in order to protect the brand’s long term health and price integrity, it will retain inventory on its balance sheet in order to release them in future periods.

It will also boost the allocation of its grape sourcing to other premium Australian portfolio brands, including Wynns, Wolf Blass, Seppelt and Pepperjack, which is said have been “constrained” in recent years.

Chief executive officer Tim Ford said he was “extremely disappointed” to find the business, partners’ businesses and the Australian wine industry in this position and that it would continue to work with MOFCOM as the investigation procceded “to ensure our position is understood” and its with our customers and partners in China to demonstrate its “long-term commitment to the growing number of Chinese consumers who enjoy our brands”.

He said that while the strength of its brands, including Penfolds, and its diversified business model would allow TWE to implement a “range of changes and plans that will enable us to manage through the significant impact of these measures going forward”, there was “no doubt” it would have “a significant impact on many across the industry, costing jobs and hurting regional communities and economies which are the lifeblood of the wine sector.”

The announcement follows the company halting trading in its shares on Friday afternoon (in Australia) after its shares fell 11.25%. It is the second time it has halted trading, following a brief hiatus back in August after its stock price fell 15% following the announcement of the anti-dumping investigation to Australian wines by the Chinese government.

The two countries had enjoyed a good relationship from 2017-19 which culminated wit  the granting of zero import tariffs for Australian wines in China in January 2019, however diplomtic relations have soured and China applied tariffs ranging between 107% and 212% on Australian wines – depending on the producer – from Saturday (28 November). Beijing claims the ‘dumping’ of Australian wine on the Chinese market has caused “substantial damage” to the domestic industry although Canberra says the tariffs are a breach of the two countries’ free trade agreement.

On Friday, Australia’s trade minister called it “a devastating blow” to Australian businesses who trade with China in the wine industry, adding that the Chinese market – which takes around 37% of Australia’s wine exports, worth around AU$ 1 billion – would be “unviable” for the country’s wines.

“We think it’s unjustified, and without evidence to back it up,” Australian trade minister Simon Birmingham said in the statement.

Australia has 10 days to appeal the decision. Meanwhile, the Australian agricultural minister, David Littleproud, has announced a crisis meeting for the wine industry, saying the government would stand by its winemakers.