Australian wine brand MadFish has launched its Sauvignon Blanc in the UK. Sourced from grapes growing in Pemberton, Frankland River and Margaret River in southwest Western Australia, the wine is described as having aromas of “cut grass, green pea and jasmine, with flavours of quince, lime and passionfruit on the palate”. The Western Australia wine regions showcased here largely escaped fire damage, and early-ripening varieties such as Sauvignon Blanc were able to express good varietal purity. MadFish recommends serving the wine with calamari salad, feta on lavosh, or chicken roulade with prawn and dill stuffing. 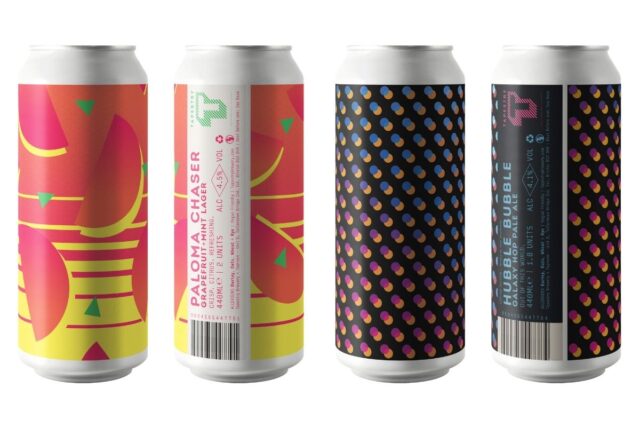 Bristol’s Tapestry Brewery has released a pale ale called Hubble Bubble. According to the producer, the 4.1% ABV brew has flavours of “citrus, passion fruit and peach” coming from the Australian Galaxy hops. There is also some rye added into the malt bill, which gives the beer a “spicy background note”. Available in 440ml cans, the limited edition ale was released alongside the Paloma Chaser, a 4.5% ABV grapefruit and mint lager, with packaging designed by Gavin Andrews. 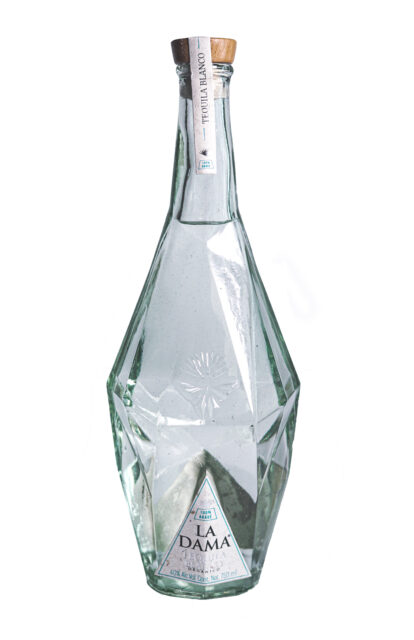 Billed as a leading producer of sustainable and Fair Trade Tequila, La Dama is a certified organic producer. Based in the Los Altos region, it uses blue agave that has been grown on single estate ranches, and which is a minimum of seven years old. La Dama, which is both an agave grower and Tequila distiller, also practices biodynamics on its estates, and uses waste plant fibres to make bottle labels and paper with the help of local craftsmen. Its silver Tequila is fermented using wild yeast, and is double distilled to give flavours of wild guava, herbs, and spice. The bottles are made from recycled, hand-blown glass.

Leading American organic wine producer Bonterra has launched two wines in Tesco stores nationwide in the United Kingdom. The organic Cabernet Sauvignon from the 2018 vintage is a blend of 79% Cabernet Sauvignon, 9% Petite Sirah, 8% Merlot and 4% Syrah, and the grapes are sourced from a variety of vineyards throughout California, some with 50-year-old vines. The majority comes from Mendocino country, where Bonterra’s three organic estates are located, while a portion also hails from Paso Robles. This month also sees the launch of the Bonterra Estate Collection Cabernet Sauvignon and Chardonnay in Waitrose. 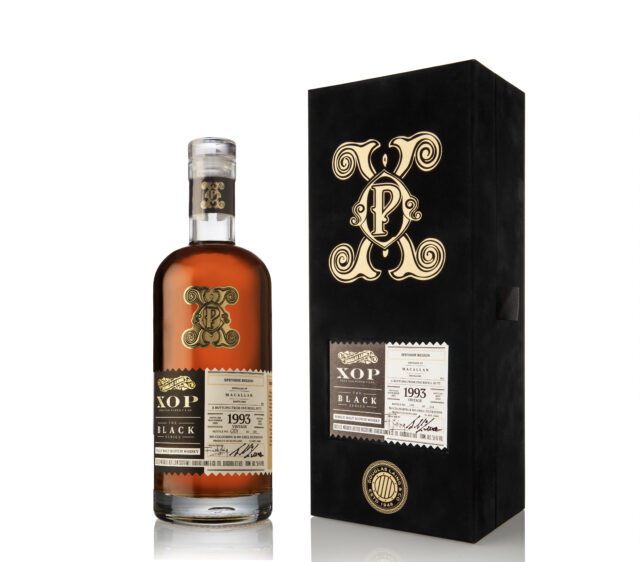 Scotch whisky bottler, distiller and blender Douglas Laing & Co. has released the Macallan 1993 as part of its XOP The Black Series, spirits that are endorsed by distiller Jim McEwan. Only 244 bottles of the spirit have been released, and are packaged with an embossed metal label and glass stopper in a black moleskin display case. Each carrying a certificate of authenticity, the whisky was bottled at cask strength (56.4% ABV) after being distilled at the Macallan distillery in November 1993. According to the bottler, it has flavours of “dried fruit, chocolate and honey”. 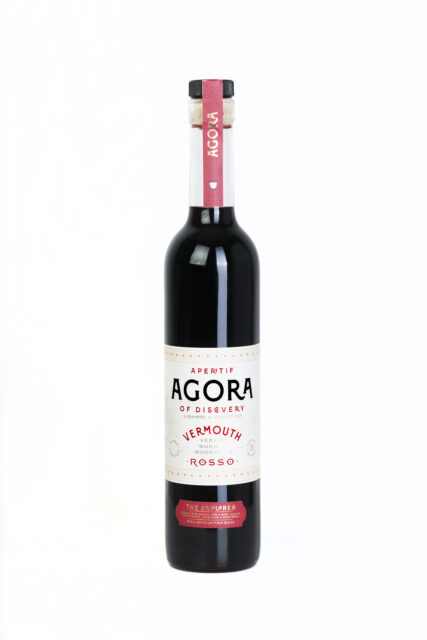 Agora Vermouth has released its first expression, called The Explorer. Made in Suffolk from French Merlot and Cabernet grapes, it is flavoured with botanicals including wormwood, vanilla, lavender, star anise, black pepper, rose petals, morello cherries, mandarin and cassia bark. Each botanical is infused separately for two weeks, before the spirits are blended together in different quantities. This blend is then transferred to a stainless steel tank to rest for a week before the grape must is added to the tank, then rested for a further month. There is a final infusion with rose, cassia bark, star anise and lavender for a week to add extra intensity. 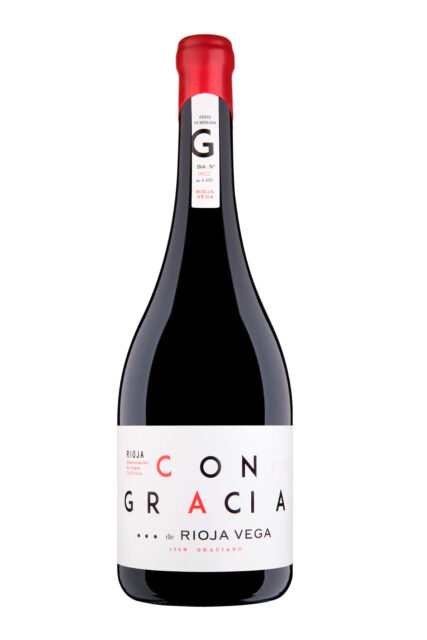 Rioja Vega has released a limited edition red wine made from 100% Graciano. More commonly used in blends, the variety has been showcased by itself, and delivers flavours of “black fruit and aniseed with ripe tannins”, according to the producer. The wine is aged in new barrels from seven cooperages, with up to nine types of origin and toasting level. Grapes are sourced from the producer’s El Pinche vineyard, planted at an altitude of 415 metres on south-west facing slopes.

Michigan-based brewer Founders has relaunched its Big Luscious “dessert beer”. Brewed with raspberries and dark chocolate, the rich stout was first unveiled as part of a limited release in 2014. The 7.8% ABV brew will be available in four-packs of 12oz bottles, and on draught in the brewer’s 50-state distribution network. Brewmaster Jeremy Kosmicki said: “The chocolate is rich and sweet, the raspberries are tart and bright, while a blend of wheat malt, chocolate malt and roasted barley provide a perfect, velvety malt backbone.”

The Cotswolds Distillery has launched a Sherry cask single malt whisky, which has been fully matured in American and Spanish oak barrels, seasoned with oloroso and Pedro Ximénez Sherries. It is made using locally grown barley that undergoes traditional floor malting before being mashed and fermented for over 90 hours. The liquid is distilled twice in copper pot stills. According to the distiller, the whisky has flavours of “dark stone fruit, roasted almonds and peppery oak spice”.

Argentine wine brand Trivento has released the 2018 vintage of its Golden Reserve Malbec. The wine is a blend of parcels of Malbec from the sub-regions of Lújan de Cuyo: Perdriel, Vistalba, Agrelo and Las Compuertas. The grapes are destemmed and crushed on entering the winery, and are macerated before fermentation. Fermentation usually lasts for 20 days, and takes place in stainless steel tanks at 26°C with natural malolactic fermentation. Twenty per cent of the must is fermented in French oak for six months, while the remaining 80% is fermented in stainless steel tanks. According to the producer, the wine has flavours of “blackberries, cherries and flowers, with vanilla and coconut imparted from oak”. The aim is to create a true representation of Malbec from Lújan de Cuyo. 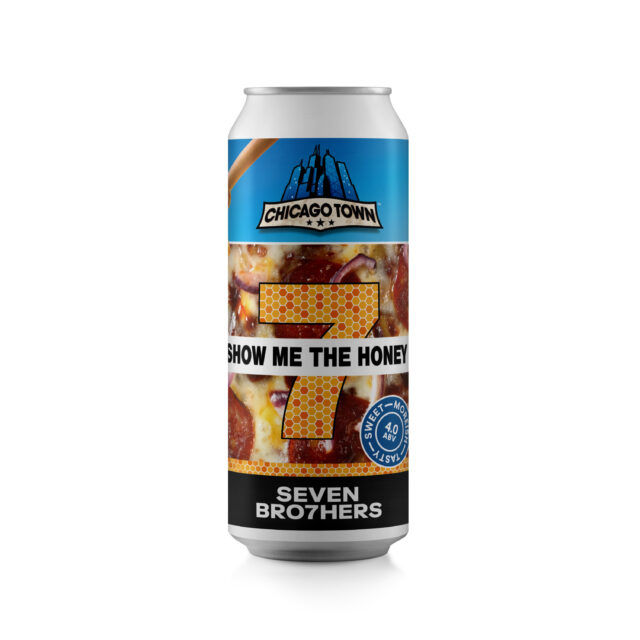 Pizza producer Chicago Town has teamed up with Salford brewer Seven Bro7hers to make a beer that is specifically designed to pair with its new stuffed-crust takeaway Sweet Honey BBQ salami pizza. The Show Me the Honey ale replicates the sweet and savoury flavours found in the pizza. These include a tomato sauce-filled crust topped with sweet honey BBQ sauce, a blend of mozzarella and red cheddar, salami and red onions. Honeycomb malt syrup is added during the boil to make the sweet and tangy 4% ABV amber ale. 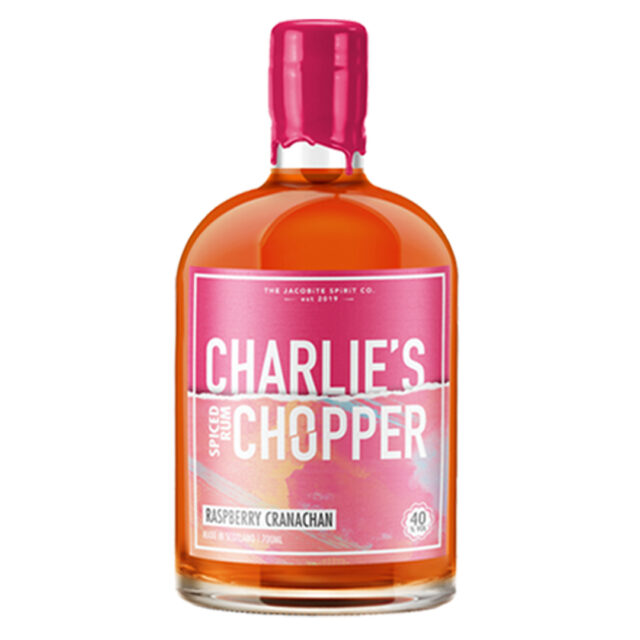 Jacobite Spirits has launched a limited-edition raspberry-spiced rum. Inspired by the flavours of the Scottish dessert cranachan, the spirit combines flavours of fresh raspberries, vanilla and toasted oats. Bottled at 40% ABV, the pink spirit works well when sipped neat or used with a mixer. The producer said that it offers something new to the seasoned spiced rum drinker, and provides a contrast to The 45 Scottish Spiced Rum, the first product in the range. Head distiller Tony Stapleton said of the release: “Craft spirits producers are very skilled and earnest, and we strive to reach that standard, but we didn’t want that to come at the expense of making a drink that is primarily about fun.” 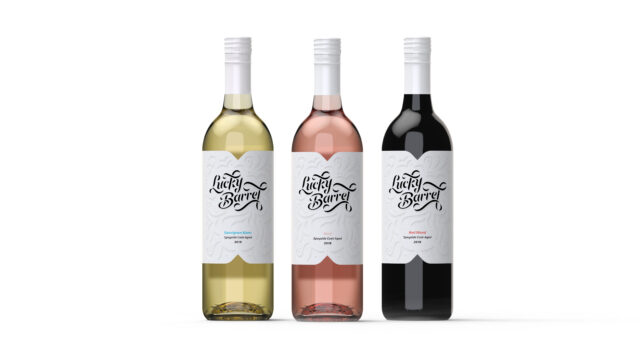 The Lucky Barrel Co. has released what it claims are the first Bordeaux wines to have been aged in ex-whisky barrels. LBWC was established by four drinks-industry friends to create a wine for whisky drinkers. The three wines (a white, rosé and red) are made using biodynamically grown grapes sourced from small growers, while the barrels are sourced from Scotch whisky distilleries. The brand has a strong sustainable ethos, and uses recycled glass in its packaging. 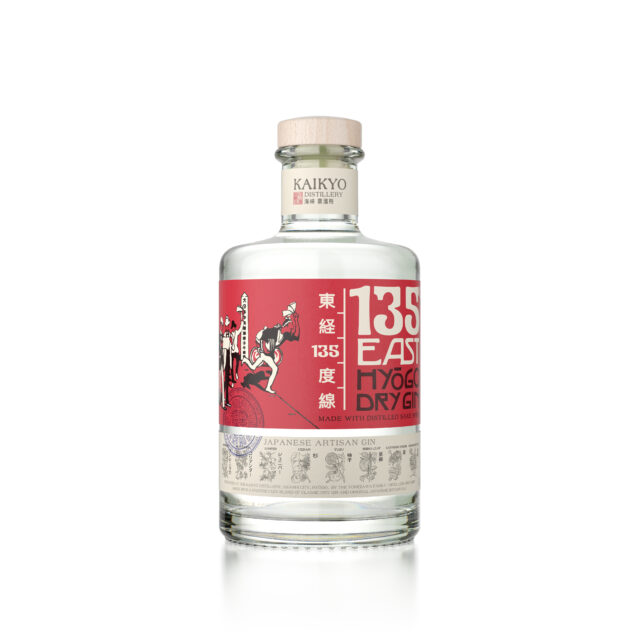 Marussia Beverages has added to its Japanese spirits portfolio with the launch of 135° East Gin. Made by the Kaikyo Distillery in Hyogo prefecture, the gin is flavoured with five Japanese botanicals including yuzu, sansho pepper, shiso leaf and chrysanthemum, as well as cedarwood, juniper, coriander seed and angelica. Junmai sake, made from Yamadanishki rice, is also added to the blend, which adds a “soft sweetness” to the gin, the producer says. Bottled at 42% ABV, Kaikyo researched 50 recipes before settling on the final one.

Bodegas Riojanas has released its new Monte Real Cuvée. A blend of Tempranillo and Graciano grapes are sourced from four of the 40 vineyards owned by the producer. Each vineyard is planted at around 450 metres above sea level, with vines aged for over 40 years. Yields are low, at 4,000kg per hectare. After being fermented in cone-shaped stainless steel tanks, the wine is macerated then aged in 60 new French and American oak barrels for 18 months. Bodegas Riojanas says the wine has flavours of “blackberries, blueberries, liquorice, and chocolate”.