Takeaway alcohol sales to be restricted in England

The new national restrictions in England, which will be introduced on Thursday pending parliamentary approval, have banned takeaway alcohol sales from hospitality outlets. 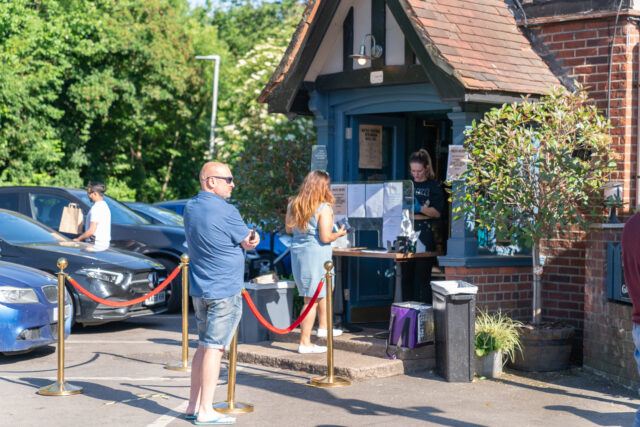 Prime Minister Boris Johnson is due to set out his plans for the four-week lockdown in England in parliament this afternoon. These include the closure of hospitality outlets until the beginning of December. But, in contrast to the first national lockdown, it appears pubs, restaurants and bars in England will only be allowed to serve takeaway food and soft drinks.

A number of industry bodies including UKHospitality (UKH), the British Beer and Pub Association (BBPA) and the Society of Independent Brewers (SIBA) are calling for this restriction to be lifted.

UKH and the BBPA told the drinks business that they believe selling alcohol for delivery is still permitted but that takeaway and click and collect sales are not.

A spokesperson for UKH said: “Delivery should be allowed, but nothing where customers visit the premises.”

Emma McClarkin, chief executive of the BBPA, added: “We cannot see the logic of letting supermarkets and shops sell alcohol, but not pubs that have off-licenses. Government should reverse this decision immediately to help pubs and brewers survive and pints being needlessly wasted.”

James Calder, chief executive of SIBA, agrees. “As if a second national lockdown in England wasn’t disastrous enough for pubs and independent breweries, the government has gone further this time around and introduced an unjustified restriction banning pubs from selling takeaway beer, a service which was the only source of income for many businesses during the summer lockdown. This is baffling considering supermarkets will presumably still be allowed to sell packaged beer, whilst small breweries and pubs will not,” he said.

“It is nonsensical to impose these new restrictions when pubs have time and time again proved that they are Covid secure, both during lockdown when takeaway was their only option and since pubs re-opened on the 4 July.”

SIBA is calling on the government to provide evidence for the ban on takeaway alcohol sales as well as clarifying whether bottle shops inside breweries, are like off-licences, considered essential retail and will be allowed to remain open.

the drinks business has contacted the Cabinet Office for comment.

Once approved, the restrictions are due to come into force from 5 November and will last until 2 December. The Labour party has already stated that it will support the lockdown, but has criticised the delay in it being implemented.

Speaking to Sky News over the weekend, cabinet minister Michael Gove said national restrictions could be extended beyond 2 December “based on evidence”.

He said: “We want to be in a position where we can – and I believe that this is likely to be the case – have an approach where if we bring down the rate of infection sufficiently we can reduce measures nationally and also reduce measures regionally.”