A study carried out in France has shown that plastic clingfilm can successfully remove 2,4,6-trichloroanisole (TCA), also known as cork taint, although its application is probably of more use in the winery than at home. 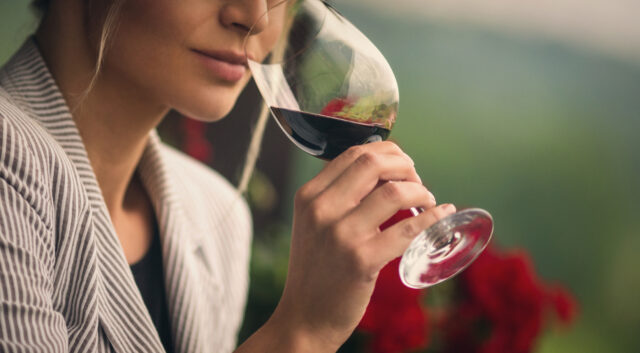 A study conducted by l’Institut Scientifique de la Vigne et du Vin (ISVV) in Bordeaux, reportedly showed that prolonged immersion of wine in contact with plastic was capable of removing up to 82% of TCA molecules.

Unfortunately, the type of plastic used has to be very specific.

Professor Pierre-Louis Teissedre from the ISVV, told Vitisphere that: “We didn’t use standard kitchen film but one composed of a mix of synthetic polymers certified for domestic use,” but did not reveal what exactly or if it was commercially available.

In the study the researchers took three barrels filled with a 2013 vintage red wine, a blend of 70% Cabernet Sauvignon and 30% Merlot that had been aged in barrique for 24 months.

Barrel one was affected with 1ng/l of TCA, barrel two with 3ng/l and barrel three with 9ng/l. Cork taint is usually perceptible at 1.5ng/l to 3ng/l, making the first barrel just on the cusp of noticeable and the third extremely so.

The plastic wrap was then added to each barrel and tests were taken after eight hours. At this stage the plastic was found to have bound 47% to 57% of the TCA molecules and the concentration of TCA fell by an average of 74% to 82% after soaking for 24 hours and up to 48 hours, at which points further samples were taken for anlysis.

The researchers noted that before the experiment began: “The haloanisoles PCA (pentachloroanisole) and TBA (2,4,6-tribromoanisole) were not detected in the wines analysed.

“However, they all contained traces of TeCA (2,3,4,6-tetrachloroanisole), which were eliminated after eight hours of treatment.”

Furthermore, the use of the clingfilm used by the researchers did not substantially affect “conventional enological parameters (pH, density, alcohol, total and volatile acidity, glucose/fructose ratio, malic, lactic and tartaric acid contents), nor on the color or the content of total phenolic compounds and total tannins in the treated wines, regardless of the duration of the treatment”.

After 24 hours, however, a “slight increase” in anthocyanins (related to wine colour) was noted in barrels one and three (‘A’ and ‘C’ in the test).

It was also noted that the plastic had perhaps absorbed a certain amount of ethyl esters – compounds related to fruity aromas in wine – although a subsequent tasting judged this was not enough to adversely affect the taste of the wine.

The authors of the study asked: “According to sensory analysis, the wines treated with the plastic film were perceived as less corked and more fruity and/or oaky than the corresponding untreated wines, and this regardless of the wine-film contact time. This behavior is directly linked to the sharp decrease in the concentration of HAs in the wine following treatment with the plastic film (Figure 1). The cork taint had clearly been acting as a powerful masking agent4. Although a reduction in the content of certain fruity compounds was observed in the treated wines, an improvement in the fruity perception of these wines has been confirmed.

To answer this a wine without TCA was subjected to a 48 hour soak with the plastic film and it was afterwards concluded that, “treatment with the plastic film does not affect the fruity perception, because, regardless of the wine-film contact time and with a reduction of the same fruity markers as in the contaminated wines, tasters did not find a significant difference between treated and untreated wines.”

The authors concluded that: “The obtained results are encouraging for the wine sector, as this treatment, effective in reducing cork taint very significantly, is easy to implement, and might help restore an acceptable qualitative organoleptic potential for wines contaminated with HAs. Since the plastic film used is fully food grade, its use poses no risk to the chemical composition of the wine.”

The full study can be found here.