Tesco, the UK’s leading supermarket, has seen profits in the first half of the year rise as online sales soared during lockdown. 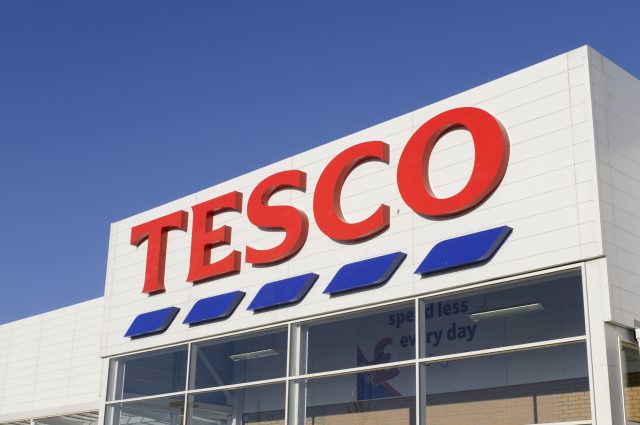 The retail giant reported this morning that online sales had doubled as a result of the pandemic, helping to boost its pre-tax profits 28.7% to £551m in the 26 weeks to 29 August, on sales of £26.7bn.  The online business grew 69% overall, with the last three months of the period seeing growth of 90%, it said. Sales at its convenience formats also rose, up 7.6%. Meanwhile although the number of shopping trips to big stores fell, spend per visit rose by 56%, resulting in a 1.4% rise in sales at larger stores

Online fulfilment capacity rose from 0.6m slots per week before the pandemic to around 1.5million slots a week.

However the retailer was hit by costs of around £533m for extra safety measures as a result of the pandemic, and operating profit also fell, falling 15.6%, in part due to the under-performance of Tesco Bank, which saw operating loss of £155m compared to last year’s £87m profit in the same period last year.

Sales at Tesco Bank fell by 31.4%, raising the likelihood that the banking arm will report a loss of between £175m and £200m this financial year. Food and drink provided the biggest boost, with food sales up 9.2%, although clothing suffered (down 17.2%). Meanwhile performance from its wholesale arm, Brooker, was “resilient”, with retail sales up 22% and catering sales down -12%. Booker was “well-placed to emerge in a stronger competitive position”, the report said, after adapting its retail offer to meet greater demand for grocery products and supporting catering customers to move to a delivery model.

New chief executive Ken Murphy, who took over the top job from Dave Lewis last week, said the first half of the year had “tested our business in ways we had never imagined” and thanked the workforce for rising to the challenge.

He said Tesco would continue to invest in delivering value to help customers in “increasingly challenging times” and expected “a broadly even balance to the year” in terms of retail profitability.

“Whilst significant uncertainties remain, we now expect retail operating profit in the current year to be at least the same level as 2019/20 on a continuing operations basis.”

The company also revealed that Imran Nawaz from Tate & Lyle would be taking over from outgoing Alan Stewart as the new chief financial officer in April. Last month Booker boss Charles Wilson announced his resignation and retirement, with Tesco chief product officer Andrew Yaxley set to take over the wholesale business.