Champagne house Taittinger has finally released the 2008 vintage of its prestige cuvée Comtes de Champagne, which has kept collectors on tenterhooks since June when its original release was postponed. 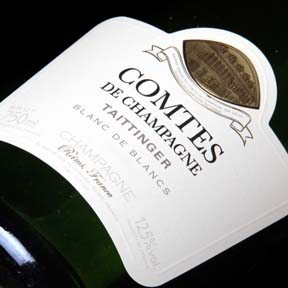 This release has been particularly eagerly awaited, however. Taittinger is one of the last Grandes Maisons to be releasing its 2008, its prestige cuvée is widely considered to represent excellent value for money and this particular iterateion has received excellent reviews.

The 2008 vintage in Champagne is generally ranked as one of the best in the region of the early 2000s and one with great ageing potential.

Critically, the wine has racked up scores of 98+ from Antonio Galloni of Vinous who thought is “breathtaking” and, “the purest essence of the Côtes des Blancs in a great, historic vintage”, 98 from The Wine Advocate’s William Kelley and 17++ from Jancis Robinson MW.

Wine Lister commented that: “While the latest release comes at a premium on the last two available vintages, Taittinger Comtes’ 2008 retains its value proposition against the wider backdrop of the vintage.”