Hero of the wine trade: How LCB kept trade rolling during lockdown

In the first of a new series on heroes of the wine trade, we look at how logistics provider London City Bond has been at the forefront of the trade’s efforts to keep business going this year and, while this particular situation may not last forever, the company has witnessed other changes it reckons are here to stay. 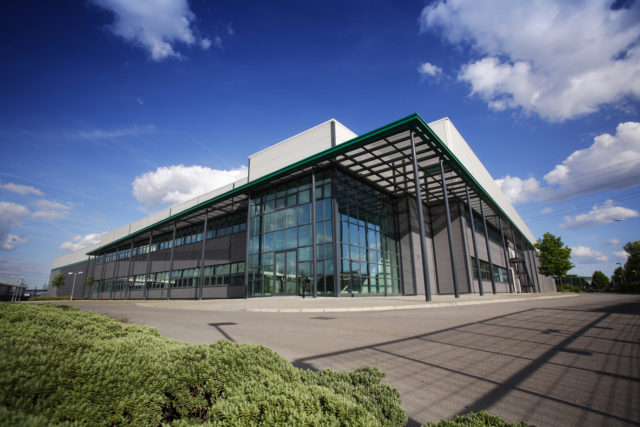 Speaking to the drinks business, sales director David Hogg said that the initial early days of the pandemic there “was a huge downturn to the business at first” as bars and restaurants closed and everyone became very uncertain a to what would happen next.

LCB even placed 120 staff on furlough initially such was the drop off in trade. But then things began to pick up again as “our customers, of all shapes and sizes began working through e-commerce”.

The uptick in trade this caused was enough for LCB to begin returning its furloughed staff as the need for drivers and warehouse workers rose accordingly.

Hogg noted that with businesses increasingly offering mixed cases and customers able to choose a bottle of this and two bottles of that online, “it presented us with a challenge and a lot more work with individuals bottling”.

Nonetheless, the only change that occurred was, “suspending our guaranteed delivery schedule.”

Deliveries were still arriving in good time, “the occasional order might take a day or two longer” but, Hogg added, “customers were understanding” and he said that “95%” of deliveries were being delivered on time now.

“Although the “work content” in the warehouses had gone up, Hogg thought that on balance, the amount of orders and deliveries to be fulfilled had not increased wildly.

In part this had been because of the occasional interruption to business caused by various lockdown restrictions elsewhere.

As Hogg said, there had been a “big decrease in the amount of stock coming in [though it was picking back up] and this depended on what was happening in the countries the products were coming from and that had an impact and affected some customers trying to get stock into the UK”.

Overall, he said, despite all the challenges, “we’ve had a lot of emails from customers saying how grateful they were and there’s no greater compliment than what your customers are saying about you.”

This switch to e-commerce has been the biggest single change Hogg has noticed over the lockdown period and it’s a trend that is almost certainly “here to stay”, he reckoned, granting as it does “an extra revenue stream and higher margins”.

In particular he noted that there has been a “huge increase in the number of people dealing with Amazon and we’re delivering to Amazon warehouses very single day”.

Hogg said that the whole situation had brought a lot more recognition of the work of logistics companies and how vital” they are to the whole supply chain.

There are, of course, still challenges to be overcome. The recent imposition of ‘Tiers’ to different parts of the UK has once again caused widespread disruption in the industry.

Hogg noted that there has been a “huge drop in orders” for northern cities such as Liverpool which are under Tier 3 lockdowns and (since the time of the interview and writing) Wales’s recently imposed ‘fire-break’ lockdown has very likely caused a slump in orders there as well.

As Hogg continued, the challenge here is maintaining the right level of drivers and warehouse staff to adequately cover all parts of the country from each depot.

Still, all in all, Hogg reported that, “we’re in a fairly good position and we have space available for those looking to bring in stock having invested in three new warehouses in the last 18 months.”

Many businesses will no doubt be hoping to ramp up their stock as much as possible between now and both Christmas and the looming Brexit date.

The split with the European Union is causing headaches for the trade in the form of VI-1 forms which will (as it currently stands) be required for all European wines coming into the UK.

This is not a worry for Hogg, however. As he continued: “We’re used to VI-1 forms. It will be a particular headache for those who largely deal with European goods. We’re used to handling them, and while it presents a challenge getting the goods to the warehouse, once they’re there it’s no problem for us.”