Champagne house Krug has declared that the 2006 vintage will be next release for its Clos du Mesnil blanc de blancs brut. 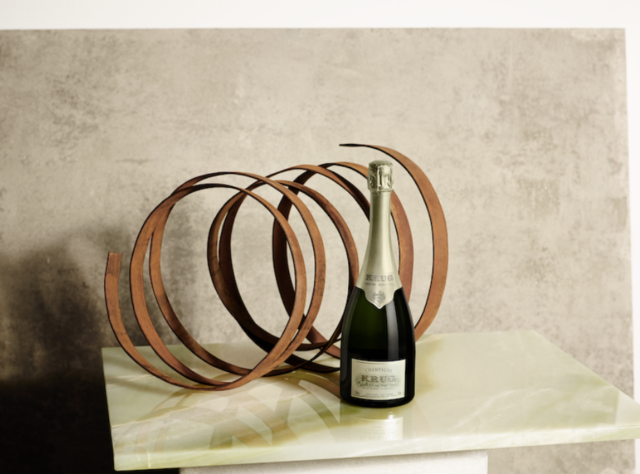 According to the Champagne house, the year 2006 was hot in Champagne, with extreme highs and 23 days recorded over 30°C. It was a capricious climate that went from dry periods to intense rainfall, and in August, the equivalent of two months of rain fell within only two weeks.

The sun returned to complete the ripening period, shining on a beautiful harvest, which produced grapes with a balance and “generosity” similar to those of 2002 and 1989 and of sufficient quality for the house to decide to produce one of its most sought-after labels from the 1.84-hectare walled plot in the grand cru village of Mesnil-sur-Oger.

The Champagne boasts an intense golden colour. On the nose, it has, “aromas of citrus, barley sugar, and dried fruits with balance and freshness”, while on the palate it shows, “initial hints of madeleine cake and brioche that give way to notes of pastry, tarte tain, lemon meringue, bitter orange, and some spice”, with a long and intense finish.

Krug Clos Du Mesnil 2006 will also be available in a limited-edition hand-crafted oak case comprising three 75cl bottles of Krug’s creations from the year 2006, the Clos du Mesnil together with the Krug vintage 2006 and Krug Grande Cuvée 162ème Édition.

Krug Clos du Mesnil 2006 is currently available for purchase in Hong Kong at The Fine Wine Experience for HK$8,200. Sales details of the limited edition hand-crafted case will be announced shortly.