To mark the upcoming release of the latest Bond film and 40 years as the official Champagne of the super spy franchise, Bollinger has released its Special Cuvée in a new limited edition gift pack. 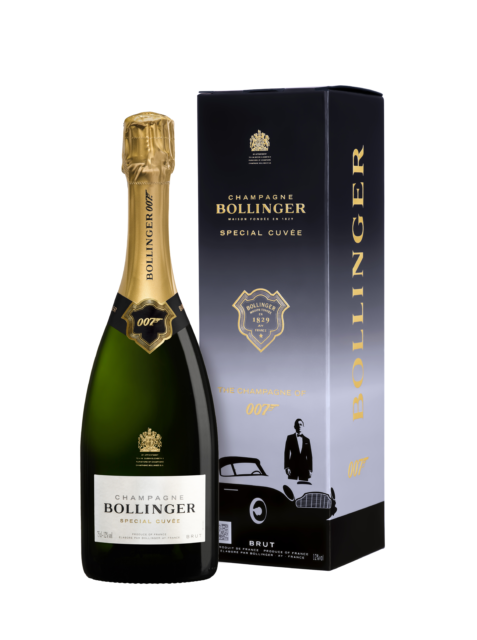 With the up-coming release of the 25th film in the franchise, No Time to Die, the Champagne house is marking the double-barrelled celebration with a new edition of its ‘Special Cuvée 007 Limited Edition’ packaging.

The new gift box features Bond next to his most emblematic car, the Aston Martin DB5, in a colour scheme of silver, black and gold.

The bottle meanwhile has had a slight tweak to its packaging with a neck collar featuring Bond’s codename ‘007’ in place of ‘Bollinger’.

The house has worked with photographer Greg Williams for a soon to be released marketing campaign.

The new edition is available from today (1 October) from fine wine merchants worldwide and with an RRP of £55 a bottle.

The last Bond-themed release from Bollinger was the Moonraker Luxury Limited Edition magnum in a specially-made ‘shuttle’ The Roger Moore film from 1979 was the first Bond film in which Bollinger made an appearance.