Champagne Bollinger is celebrating its 40th year in partnership with James Bond with the launch of two wines: a £4,500 Moonraker magnum and Eric Berthes-designed gift box and a No Time To Die-inspired bottle. 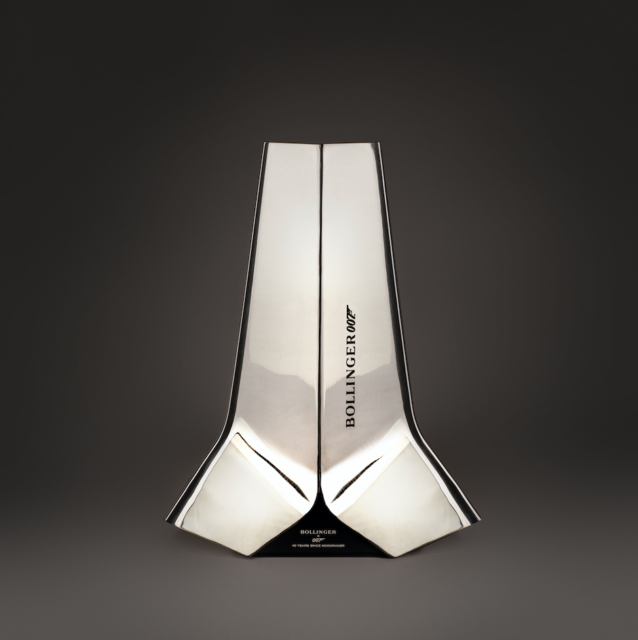 The first bottle of Bollinger appeared alongside 007 in 1979 with the release of Moonraker. Since then, the association has gone on to inspire numerous limited edition products, with the Bollinger cooperage also home to a collection of vintage Bond posters.

To mark the 2019 milestone, the Champagne house has released two wines, one inspired by the 1979 film and the other by the latest in the Bond franchise – No Time To Die – which will be released next year. 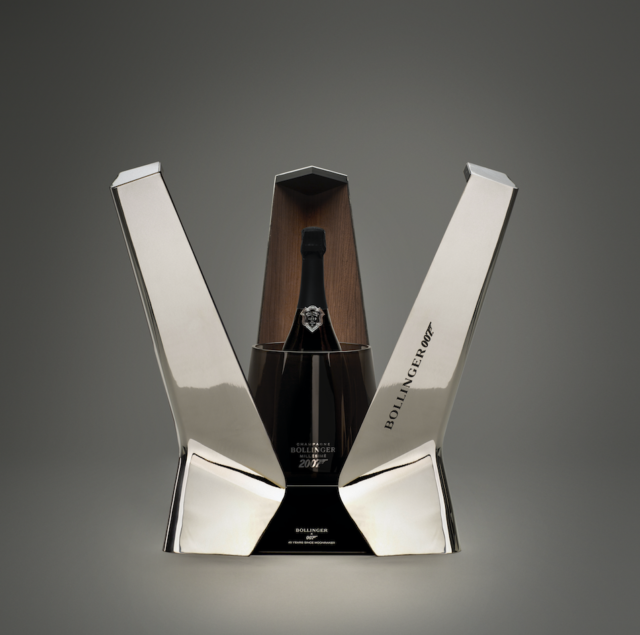 The Bollinger Tribute to Moonraker Luxury Limited Edition is inspired by the space-themed film, the eleventh to be produced and the fourth to star Roger Moore. Based on the space shuttle, which Bond was sent to investigate the theft of, Bollinger enlisted designer Eric Berthes to re-imagine the craft originally created by production and set designer Ken Adam.

Bollinger’s shuttle is made from pewter and wood veneer, which opens to reveal a Saint Louis crystal ice bucket and a magnum of Bollinger 2007.

Each gift box is individually numbered with a total of 407 shuttles made, which will retail for £4,500.

The second wine is the Bollinger 007 Limited Edition Millésimé 2011, which pays tribute to the 25th film in the James Bond franchise. The black bottle is adorned with the number 25, which is made using titles from the previous films, which are also etched onto the glass on the front of the wooden display box. The 2011 vintage wine is made entirely from Pinot Noir sourced from Aÿ.

The wine was released via a pre-sale on 5 October to mark James Bond Day, with an RRP of £150. 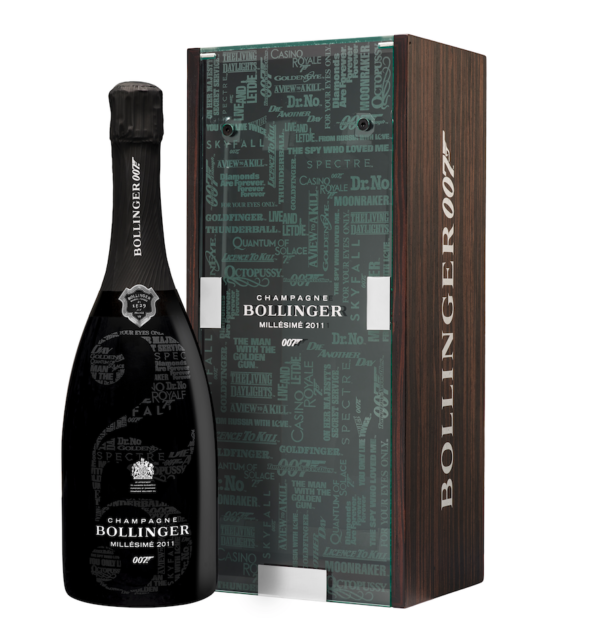 Commenting on the milestone, Etienne Bizot, CEO of Société Jacques Bollinger, said: “It brings me an immense amount of pride to be celebrating 40 years of partnership between Bollinger and James Bond, it is a testament to the friendship started in 1979, between my father Christian Bizot and James Bond producer Cubby Broccoli. A friendship based on our shared values such as excellence and elegance.”