We round up the grape varieties which have expanded and declined the most in the 21st century, ahead of the publication of the revised edition of Which Winegrape Varieties are Grown Where. 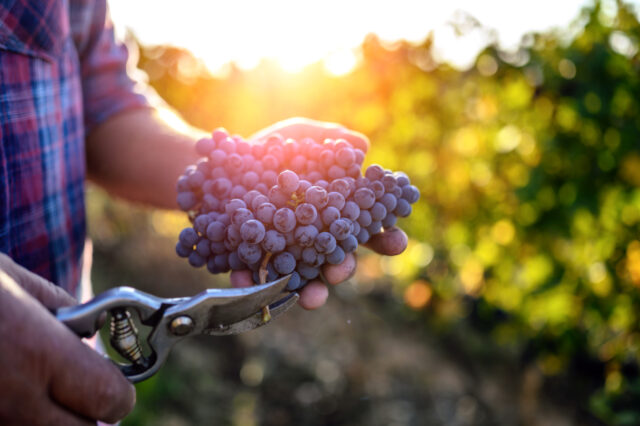 The new edition of the book, which is due to be published next week, includes new data from 2016 to produce an updated overview of the world’s wine grape plantings.

The work also includes new statistics on the ‘internationalisation’ of grape varieties, showing both the extent to which country’s indigenous varieties have been adopted abroad and also the diversity of grapes found in each country.

Authors Kym Anderson and Signe Nelgen state that “the extent of varietal diversity both nationally and globally has shrunk,” attributing this to “dramatic changes” in grape variety composition within certain countries, and the decline in the once widely grown lower quality varieties.

In terms of grape variety origin, they found that vineyards in the New World on average comprise 68% French origin varieties (data from 2016), compared to 59% in 2000. However, New World plantings of Spanish varieties fell from 5% to 3%, while Italian varieties have continued to constitute 2% of plantings.

Given this fact, it is interesting to note that Spanish red grape Tempranillo is the most-expanded variety since 2000. Anderson and Nelgen state that in contrast to Syrah, which is in third place, this is not due to Tempranillo’s ‘internationalisation’, but rather that it has replaced Airén as Spain’s most planted variety. 80% of its plantings remain in its motherland. Between 2000 and 2016, plantings of Tempranillo in Spain rose by 114,000ha while Airén declined by 184,000ha.

See below for the most expanded and contracted grape varieties in the world. The new edition of Which Winegrape Varieties are Grown Where can be downloaded as an ebook here, while a link to Anderson and Nelgen’s database at the Wine Economics Research Centre of the University Adelaide can be found here.