The Shangri-La Group is set to open its first standalone restaurant in Mainland China, in collaboration with the Shougang Group. 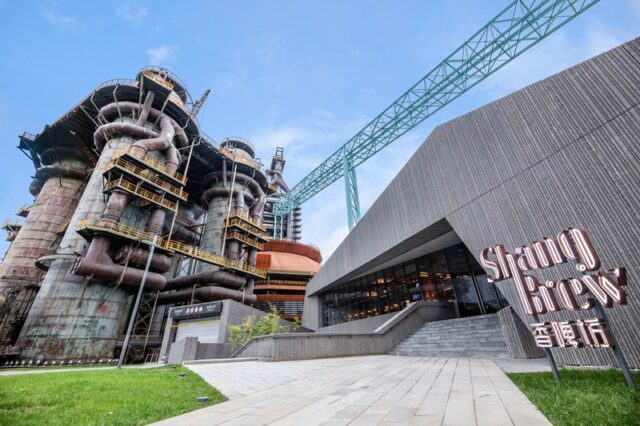 The new establishment, named Shang Brew, is a brew house concept eatery. Set to open its doors on 1 October 2020, the restaurant is located at the new Beijing landmark Shougang Park.

The venue will offer an array of craft beers brewed in-house and can accommodate up to 245 diners across the lounge, outdoor areas, and two private dining rooms. Additionally, there is a stage in the lounge area to host live performances.

Adjacent to the signature Shougang No.3 Blast Furnace in the park, Shang Brew boasts the views of both Xiuchi Lake and Shijingshan Hill. The interior features a contemporary and refined design with industrial aesthetic. In the central space of the outlet, guests will see a series of brew tanks, imprinted with the founding year of Shougang, 1919.

In addition to beer, Shang Brew will offer more than 40 international dishes. The culinary team drew inspiration from the industrial traditions of Shougang and developed the exceptional Shang Brew Signatures like Beijing-style skewers ‘Gang Chuan’r’ and ‘Signature Burger’.

On top of weekly live music performances, the restaurant will also host a series of themed programmes to allow guests to mingle and have fun.

Shangri-La Group deputy CEO and executive vice-president of operations – China, Sunny Paw said: “We are honoured to work with Shougang Group to bring Shangri-La’s transformative experiences to life at Shougang Park. By integrating the resources of the two groups and leveraging on Shangri-La’s culinary and brewery expertise, Shang Brew’s innovative concept presents discerning guests with an eclectic food selection and fashionable dining experience.

“Shang Brew is slated to be a new favourite destination in the city where local communities, friends, business and sports professional connects. Moving on, we look forward to the opening of Shangri-La Hotel Shougang Park next year and delivering new experiences inspired by the hundred years glory of Shougang and the 50 years Asian Hospitality of Shangri-La.”

Shougang Group’s deputy general manager, Liang Jie said: “Autumn is the season of harvest. As Shougang’s new premium dining establishment, Shang Brew is an important step forward in our partnership with Shangri-La Group. By working together, we have created this unprecedented culinary experience, enabling guests to immerse in a unique ambience with the serenity of a lakeside view set amidst the heritage industrial estate.

“Our Group is committed to the success of the 2022 Winter Olympics in Beijing and Shang Brew will be a key component in delivering a quality lifestyle experience for this area. We are excited to make Shougang Park a wonderful destination for visitors from around the world.”