The overall UK consumption of alcohol halved during lockdown, data from Nielsen has suggested, despite staggering sales rises through the supermarkets. 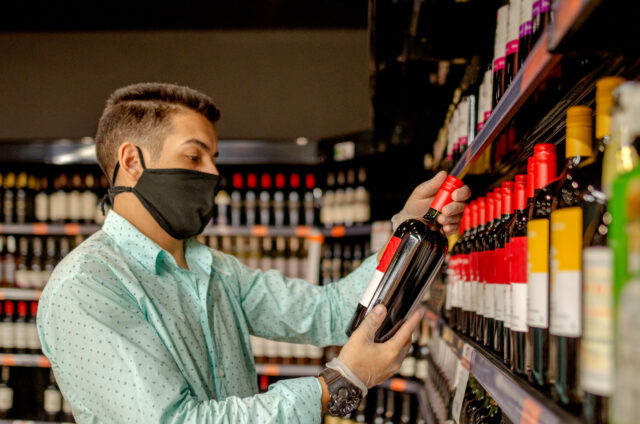 The total volume of alcohol sold during lockdown (the 17 weeks to 11 July 2020) fell to 1.3bn litres, down from 2bn the previous year, data from Nielsen Scantrack and the CGA found, despite value sales through the major retailers rising £1.9bn over the same period.

Sales of booze at the supermarket during the four month period hit £7.7bn, it said, however with the on-trade remaining shut, the overall volume of alcohol bought in the UK was far lower than last year, despite the increase in value.

Nielsen’s senior client business partner Gemma Cooper pointed out that around 46% of booze sold in the UK was sold through the on-trade and although spend had undoubtedly shifted to the off-trade, it was not enough to make up for the shortfall.

Speaking to Retail Times, she said that while the perception of lockdown was that it was “a boozy one” due to the soaring retail sales, the UK was not consuming more alcohol than normal. “This is far from the case, she said. “Without being able to go out or socialise with others during the peak of the pandemic, and no access to dine-in pubs or restaurants, we have seen a natural decline in alcohol consumption even as at-home drinking increased.”

Beer was the major winner of lockdown, with value sales up £737m on the same period last year to a total of £2.2bn in the 17 week period. The biggest boost came during the week of the May Bank holiday with sales higher than the last three years, up £167m. Premium beers grew faster than standard beer up £452m, compared to £164m, while cider also saw rose, up 48% to £537m. Wine saw gains of £516m on last year’s figure,rising to £2.4bn although the value of Champagne sales fell by £9m. Spirit sales were also strong, around £450m higher than last year, to a total of £1.9bn during the lockdown period.

Speaking to the drinks business last week, Cooper said that consumer’s return to the on-trade had been fairly cautious.

“Even though the on-trade opened at the start of July, it’s been a phased reopening and there’s still nervousness of shoppers visiting the on-trade,” she said. “You can’t isolate out certain days of eat out to help out, but the  off-trade has slowed in general since on-trade opened although it’s still highly performing compared to other categories in the marketplace. We know some of that is due to the hot weather in the last couple of weeks, a lot of people will be socialising outdoors on their own, in parks or garden so off-trade can facilitate that.”

Cooper told db that UK consumers had been trading up and treating themselves, as seen by the increase in wine sold in the £5 -£7 bracket (which now accounting for 53% of the market) and £7- £9 brackets (rising to 11% market share from only 8% lastyear), asvolume at the £3 – £4.99 end of the market declined substantially, falling nearly 40% on the same period last year.

“You have to bear in mind there’s been no promotions running and prices will have naturally changed because of a lot of economic factors, but we have seen that trade up where people want to treat themselves to a little bit more expensive, a different brand and more premium offering – and we’re seeing that across the board,” Cooper told db.