Japanese brewer Kirin is part of a “secret conglomerate” of large businesses funding the Myanmar military, according to an investigation. 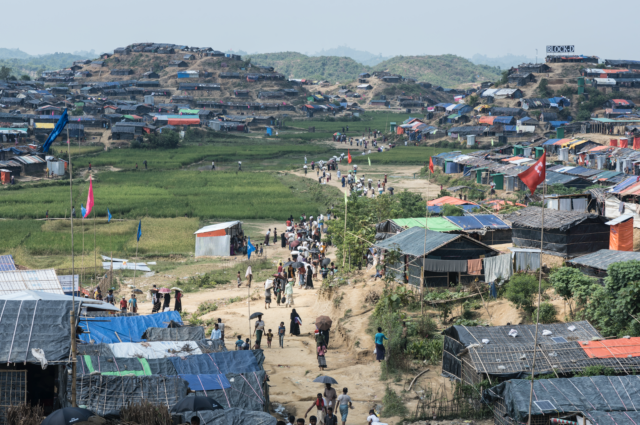 Leaked documents that were seen by Amnesty International show that Myanmar’s military, which has been accused of years of human rights abuses, has received as much as £12 billion from Myanmar Economic Holdings Limited (MEHL), a group of large corporations operating in the beer, tobacco, mining, clothes manufacturing and financial sectors.

The investigation found that Myanmar military units own roughly a third of MEHL’S shares. The group also has financial ties with the Western Command, a force that oversees Rakhine State where atrocities have reportedly been committed against the muslim Rohingya population and other ethnic minorities.

Peter Frankental, Amnesty UK’s Business and Human Rights Programme Director, said unsuspecting consumers of craft beers “will be horrified to realise that they may be in any way contributing funds to Myanmar’s military.”

The report’s publication comes days after two Myanmar military deserters said they were ordered to take part in the indiscriminate mass killing and rape of Rohingya Muslims in 2017 in a video recorded by a human rights group.

MEHL was founded by Myanmar’s military regime in 1990 and is still directed and owned by serving and retired personnel.

Myanmar’s Directorate of Investment and Company Administration (DICA), published in January 2020, states that MEHL is owned by 381,636 individual shareholders, who are all serving or retired military personnel, and 1,803 “institutional” shareholders, consisting of “regional commands, divisions, battalions, troops, war veteran associations”.

Around 107 billion Myanmar kyat (£13.5 billion) has been paid out to shareholders since MEHL was founded in 1990, according to Amnesty, with roughly £12 billion going to military units.Mark Dummett, head of business, security and human rights at Amnesty International, said the “size and regularity” of the payments suggested they cover operational costs.

The DICA report also names senior military commanders, including those who commanded troops involved in crimes under international law, as shareholders.

A spokesperson for Kirin, which owns UK craft brewers Fourpure and Magic Rock through its Australian subsidiary Lion, said it was “deeply concerned by the report”. Kirin signed a joint-venture agreement with MEHL in 2015, which gave it control of Myanmar Brewery Limited and Mandalay Brewery Limited.

In 2018, Kirin told Amnesty that Myanmar Brewery made three donations totalling USD$30,000 to the authorities between 1 September and 3 October 2017.

The brewer insisted that the deal was made under the premise that no proceeds made by the JV would fund military activity. It also highlighted an internal investigation of its Myanmar business had already started in February this year.

Kirin said this new report would also form part of its own investigation, and is looking at “structural options” that would enable Kirin to extricate itself from an outfit that directly funds conflict.

“We have been in regular contact with MEHPCL to advance the investigation process and are making every effort to complete it as soon as possible. We are simultaneously proceeding with discussions on structural options and will take appropriate action.”