The Greek government has banned the sale of alcohol from midnight to 5am in 10 regions in a bid to control the spread of Covid-19 and stop crowds gathering in squares. 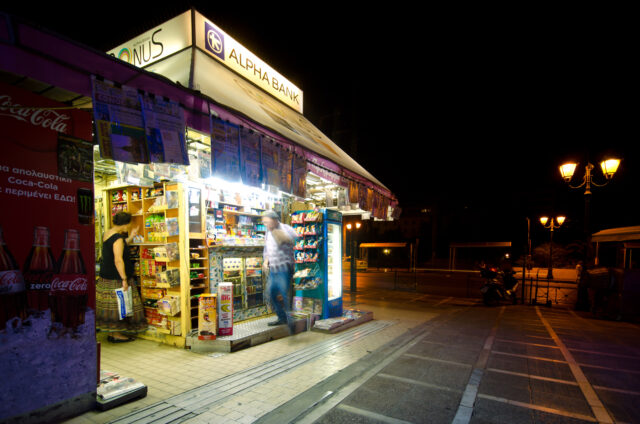 In a briefing last Friday, Deputy Minister for crisis management, Nikos Hardalias, said the ban would come into force from Saturday.

Hardalias said kiosks, mini markets and liquor stores in 10 regional units and municipalities must close between the hours of midnight to 5am.

These include Attica, home to the Greek capital Athens, as well as Halkidiki in northern Greece; Imathia, Kilkis and Pieria in central Macedonia; Chania and Heraklion on the island of Crete; and the islands of Zante, Lesbos and Mykonos.

Petrol stations and pharmacies are allowed to remain open, but are not allowed to sell alcohol. The measure will be enforced for two weeks until 4 October.

The aim is to stop people buying alcohol from these outlets and gathering in squares after bars, due to the pandemic, shut their doors at midnight. Businesses not abiding by the rules will be fined €5,000.

Covid cases have been rising in Greece for the past couple of months. There have been a total of 17,444 confirmed cases and 379 deaths.