Despite a 77% profit fall, Pernod Ricard’s share price is rising

Following a “solid” first half of its financial year, Pernod Ricard demonstrated its “resilience and agility” by beating its own forecast about the ravages of Covid-19 in the second six months. 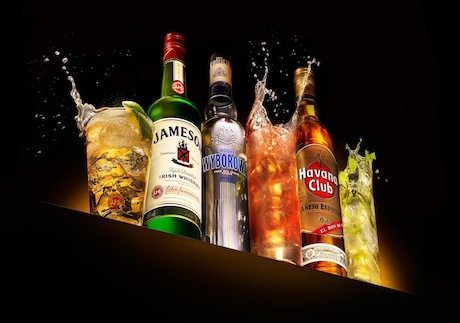 Chairman and chief executive Alexandre Ricard announced today that the French group’s organic profit from recurring operations in the year to the end of June fell by 13.7% rather than the 15% he predicted in July as the full effects of the pandemic became evident. Net profits fell by 77%.

This better-than-predicted result spurred the shares which rose by 2.5% in early trading on the Paris stock market, despite the group proposing cutting the dividend and taking a €1 billion write-down in the value of its assets, most of which relate to the Absolut vodka brand.

In China, which is Pernod Ricard’s second largest market after the US and accounts for 9% of group sales, the closure of bars and restaurants from January onwards hit Chivas Regal and Martell cognac hard. Globally sales of Martell fell by 59% and Chivas by 17% in the second half of the year.

Mr Ricard said, however, that 90% of outlets in China had now reopened, which effectively meant the full market was operational as 10% will have closed permanently.

In the key American market, sales in the year fell by 6% but Mr Ricard noted the very strong swing to off-trade and e-commerce driven consumption triggered by the closure of bars and restaurants. He said all key brands had improved their market shares in the US.

Sales in Europe fell by a similar 6% but Mr Ricard made special mention of the UK where sales grew by 2% in the year, boosted by a 92% upturn in e-commerce business. In Asia and the Rest of the World sales fell by 14%, hit especially by China and the huge slump in travel retail.

Mr Ricard said he expected the travel retail market to remain “subdued” in the next 12 months, especially as reservations were down between 80% and 90% in July and August compared with 2019.

He also expressed concern for on-trade outlets. “It’s tough….some will never reopen,” he said. But he pointed to the pandemic and its effects generating new opportunities such as virtual parties.

Mr Ricard refused to predict Pernod Ricard’s performance for the next year because of the continuing uncertainties but he stressed that the group would maintain its business plan and take every opportunity to benefit from the new trends created. “Sustainability and responsibility” would be central themes he said, as would the digital acceleration of routes to market.

“The group has proven very resilient through FY20 and demonstrated its agility and ability to keep its supply chains operational, control costs and manage cash,” he said.

“For FY21, Pernod Ricard expects continued uncertainty and volatility, in particular relating to sanitary conditions and their impact on social gatherings, as well as challenging economic conditions. We anticipate a prolonged downturn in Travel Retail but resilience of the off-trade in the USA and Europe and sequential improvement in China, India and the on-trade globally.

“We will stay the strategic course and accelerate our digital transformation while maintaining strict discipline, with clear, purpose-based investment decisions. We will harness our agility to adjust fast to capture new opportunities,” he said.