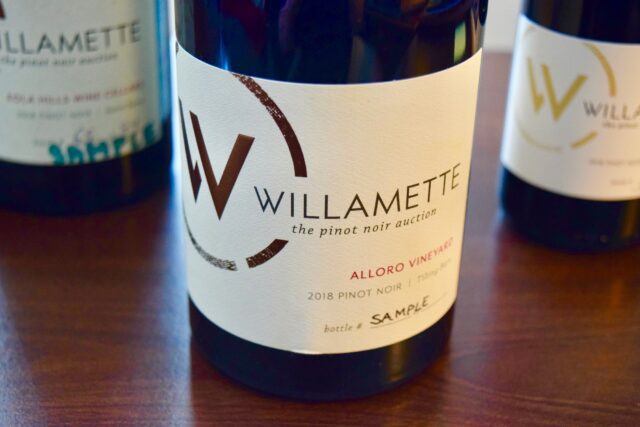 All lots are produced in quantities of just five, 10 or 20 cases exclusive to the auction, which is open only to the wine trade.

“We’ve had a string of warmer years beginning in 2014, and 2018 was the latest of that string,” said Tom Fitzpatrick of Alloro, which is donating 5 cases (Lot #86) to the auction. “We harvested in late September.” 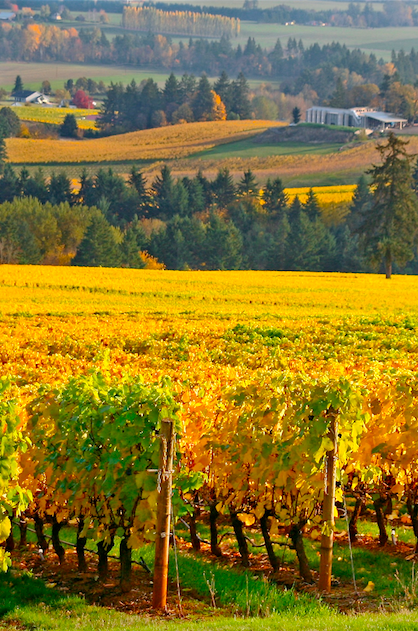 “The 2018 vintage was one with no catastrophic events,” added Steve Anderson of Eola Hills (Lot #81, 5 cases). “It let us choose when we wanted to pick – a leisurely vintage.”

Fitzpatrick and Anderson spoke during one of the online preview tastings held last week to acquaint 50 registered bidders and the media with the event. As with the auction, the preview tastings are normally held in person but were not this year due to the pandemic.

The auction also normally funds marketing activities of the Willamette Valley Wineries Association (WVWA), but this year proceeds will go to the James Beard Foundation’s ‘Open for Good’ campaign.

“The wineries of the Willamette Valley have always counted members of the wine trade, both on and off premise, as our most important partners, and our community wanted to come together to extend a hand in this moment of crisis,” auction chair, David Millman, said.

“We have created a stunning lineup of wines, reflecting all of the characteristics that make the Willamette Valley so special for growing Pinot. We are inviting members of the trade to join us, knowing their bids will support not only Willamette but restaurants around the US.”

Trade members can register for the auction, see the event’s lot catalog and register to bid here. On 11 August, registered bidders will have access to the online auction site and may begin placing bids.

Bidding continues until 13 August, when the event culminates in a live, virtual close of the auction, hosted by auctioneer Fritz Hatton. Auction attendees are licensed wine sellers, including retailers, restaurateurs and wholesalers.

The auction will also feature six Willamette Valley Chardonnay lots made in collaboration by current and former auction chairs.