Vodka is back in the spotlight thanks to boundary-breaking producers and its mixability in classic cocktails. This year’s Vodka Masters – Asia sought to pick out the region’s best bottlings. 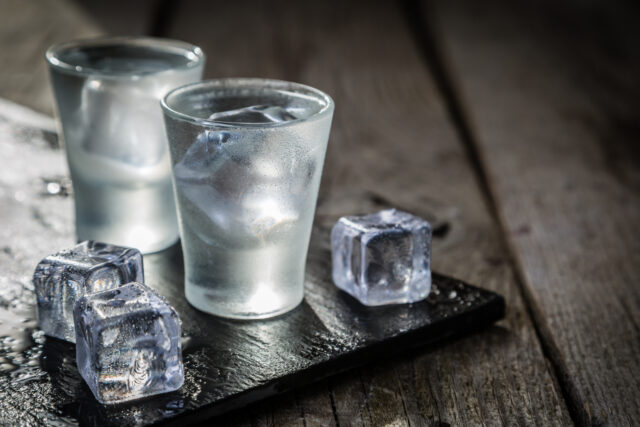 Like a canvas for painters, vodka is the staple spirit that allows mixologists to unleash their ultimate creativity.

The category was recently put to the test in The Vodka Masters ­– Asia competition, which highlighted premium and well-crafted bottlings that deserve recognition in the market.

Walking away with the top Master award was an artisanal vodka distilled by Singapore’s The Orientalist Spirits. Priced at HK$600 (US$77), The Orientalist Vodka is a super-premium expression made of potato with the addition of longan honey, which provides a floral and fruity scent. “The vodka was very silky with a rounded mouthfeel,” Calderone enthused. “I could taste the pronounced hints of vanilla. The finish was long and delicate.”

The Master-winning vodka also illustrated how distilleries are pushing boundaries. “Since vodka is a neutral spirit, it is hard for brands to stand out,” said Ko. “This vodka, however, breaks the rules, and showcases an elegant product with a lot of sippable fruit characters. Although, speaking from a mixologist’s perspective, I would consider that the ester may not make the vodka pure enough. In view of the contemporary trend, I think it better suits the ‘botanical spirits’ style [spirits with a botanical profile but made without juniper berries].”

Tovaritch! Premium Vodka was also a top performer in the competition, securing a number of Gold accolades in various categories. Judges raved about its complexity and balanced flavours, which led to Gold medals in flights such as Rye, Organic, Premium and Russia, where it truly represented the excellence of vodka production in the country.

The rest of the world

Looking to the rest of the world, three Silvers and a Gold went to Nastroyeniye Vodka from Kyrgyzstan, proving there are high-quality products being made in countries that are not typically known for their alcohol production.

Fong said of Nastroyeniye: “The vodka is nicely made and pretty balanced in general. For this price point (HK$150), it definitely gives good value.”

India’s OPM Vodka also bagged a Gold medal in the Grain Blend round. Poon was fascinated by its gentle sweetness and smoky sourdough aroma, as well as its structured intensity and long finish. The vodka was created by passing the liquid through silver filtration to further enhance its fragrance, taste and mouthfeel.

Made from 100%-Canadian corn and pure water from Mauricie in Quebec, Bold Vodka landed a Gold in the corn-based vodka round for its layers of rich and silky creaminess.

As the competition drew to an end, the panel was impressed by the range of vodkas, which varied in style but consistently delivered high quality.

The bottlings on offer demonstrated how vodka could also be served in a variety of ways, from classic cocktails to enjoying expressions neat or on the rocks.

Results on the following page.