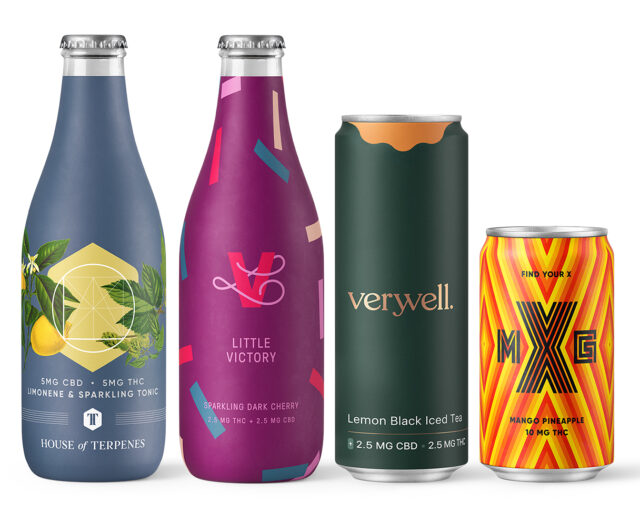 The two companies have started to roll out a range of five CBD and THC-infused sparkling waters, tonics and sodas across Canada to tap into the growing demand for cannabis-based food and drinks.

They include Little Victory, House of Terpenes, Mollo, Verywell, and XMG, all of which contain between 2.5mg and 10mg of THC, the psychoactive component of the cannabis plant.

The drinks were originally due to launch in December last year but, like many other companies, their launch was delayed until 2020. Recreational cannabis products like pre-rolled joints were legalised in Canada on 17 October 2018, but edibles weren’t made legal until the following year.

In January this year, Canadian cannabis startup Canopy Growth postponed the launch of a line of non-alcoholic drinks due to being unable increase production to a viable commercial level.

This is partly due to the fact that Health Canada has been slow to issue licenses to growers who hoped to launch cannabis-based drinks. In addition, the license system for setting up shop in Ontario meant there simply weren’t enough retail opportunities for producers.

However, drinks giants have shown renewed trust in the burgeoning cannabis market in recent months. Constellation Brands , which bought a 9.9% stake in Canopy Growth in 2017 but wrote down the investment twice since, increased its stake in May, meaning it now owns 38.6% of the business.

“We’re thrilled to be introducing Canadians to new beverage options and leading the cannabis beverage category with our variety of products,” Truss’ CEO Cooper said in a press release. “This well-rounded portfolio is designed to bring adult Canadians products that taste great and provide the consistent experience they need to enjoy responsibly.”

The cannabis drinks, which are made in Belleville, Ontario, are designed to offer consumers a “controlled dosage”. According to a survey carried out by DIG Insights, 76% don’t consume cannabis as they don’t feel that traditional methods such as smoking offer enough control.

Lori Hatcher Truss’ head of marketing said the company’s research: “shows just how ready Canadians are for a new cannabis experience that better fits their preferences and lifestyles. Quite frankly, it shows how game changing cannabis beverages can be for consumers.”