In response to the growing global demand for skin contact wines, Miguel Torres Chile is set to release its first orange wine this year made from old vine Muscat. 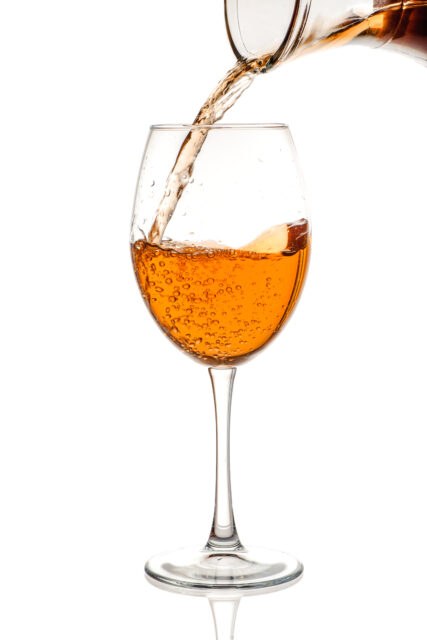 The estate’s technical director, Eduardo Jordan, is increasingly experimenting with ancestral winemaking techniques in a bid to recreate the kind of wines that would have historically been made and drunk in Chile.

“Nowadays we are seeing more and more Chilean wines that would fall into the ‘natural’ wine category, some of which use amphorae, concrete vats, and low-intervention approaches that strive to convey a sense of place.

“Winemakers in Chile are producing orange wines from different varieties, some of which have been grown in the country since the early days,” Jordan told db.

Miguel Torres Chile’s orange wine is made from old vine Muscat of Alexandria grown on the coast of the Itata Valley. The sulfite-free wine spends seven months on its skins followed by seven months ageing in a concrete egg.

“We are very happy with the result and believe it respects and expresses its place of origin,” said Jordan, who believes the revival of lost and forgotten varieties in Chile, like Muscat and Semillon, is a trend to be celebrated.

Having long championed the País variety, the estate’s latest release is an old vine País from Bío Bío called Millapoa, after the sub-region in Bío Bío where the grapes are grown.

“The vines are over 150 years old and grow along the banks of the Bío Bío River in granite soils and volcanic sand surrounded by natural forests. It is an extraordinary enclave,” Jordan said.

“The idea behind the wine is to recover the tradition and viticultural history of the place, and the wine is made with as little intervention as possible,” he added.

Millapoa is fermented in vats made of raulí wood with wild yeasts, with sulfites only added during bottling.

With the increasing threat of global warming, and a lack of water availability, Jordan believes Chile’s winemaking future lies in the south of the country.

“There have been two big droughts in the last five years and there’s a lack of water in the north, with some vineyards lost entirely due to the drought.

“Climate change has opened up new opportunities in southern Chile in Osorno and the areas around it on the 40th parallel. Until recently, it was known for cattle ranching and forests, but now several wineries are showing an interest,” Jordan told db.

“Osorno is very special for sparkling wine – the south of Chile in general is good for sparkling, which is becoming a very interesting area for Chardonnay and Pinot.

“At Miguel Torres Chile, we are experimenting with Chardonnay and Pinot Noir traditional method sparkling wines – a project we will define more concretely next year,” he added.