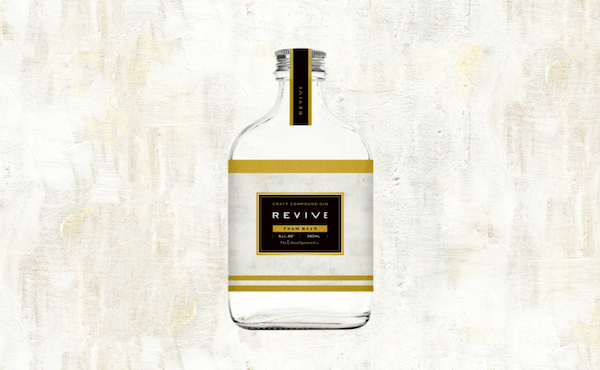 With the spread of the pandemic, sales of beer in Japan this April fell 52.1% by volume compared to the same month in the previous year.

As such, in order to utilise the wasted beer, The Ethical Spirits & Co, ABInBev Japan and Gekkeikan Sake Company began working together on a new project to distill the unwanted beer as gin.

In the collaboration, ABInBev Japan, the world’s largest beer maker and owner of Budweiser in Japan, offered 20,000 litres of surplus beer as a base ingredient, Gekkeikan Sake Company supervised the distillation process and The Ethical Spirits & Co was responsible for the distribution.

Regarding the production, the beer is soaked with Japanese beech wood before the distillation begins and then flavoured with botanicals including juniper berries, hops and lemon peel. The final product, named Revive Gin, is said to be a “light, elegant flavour with savoury and spicy notes”.

Pre-orders of Revive Gin are now open at Ethical Spirits official online shop. The official launch of the product will be 1 September, priced at JPY 5500 (360ml).

Part of the sales from the gin will be donated to artists and business operators in the local cultural and entertainment industry, which faced an unprecedented crisis and the loss of 175 billion JPY due to the impact of Covid-19.

The Ethical Spirits & Co is a distillery venture that supports sustainability of the beverage industry. Before Revive, it worked with the Masumi sake brewery to upcycle used sake lees as a gin.