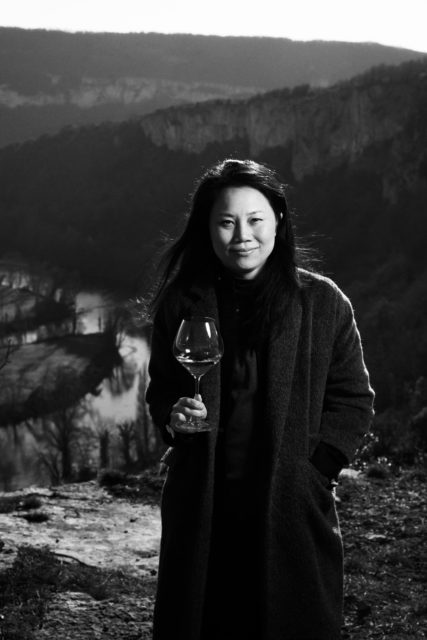 Born and raised in Mainland China, Lin Liu MW moved to France in 2010. She has devoted herself to wine writing, judging, tasting as well as winemaking and trading since then. As an independent wine critic, this August, she released the first en primeur report for a Chinese-speaking audience.

Liu created the first Chinese en primeur report for a few private buyers in Mainland China, who requested it since they were unable to attend this year’s en primeur tastings due to Covid-19.

A total of 20,000 copies have been printed via Wine Magazine (China) and the overall views through WeChat reportedly reached 12,000 over the first 24 hours. A full report with detailed tasting notes will be ready to purchase via WeChat soon.

Almost 500 wines were tasted in total and of these, 230 wines were rated with 90 points or more. She rated Vieux Château Certan as her top wine of the vintage.

The tastings took place in June and July, including one UGCB collective tasting in Paris and samples delivered to her home in France. Liu also spent three weeks travelling to Bordeaux to taste the wine on-site, in order to minimise the impact of sample instability.

In her report, Liu also pointed out that many Chinese consumers do not react fast enough to price releases, due to their tendency for price comparison once the wines are released. This leads to missed opportunities for purchasing certain wines, she said.

China is rapidly picking up on global trends and is one of the key markets for fine wine. However, there is an absence of a strong voice from an internationally recognised wine critic with Chinese cultural background.

Moving forward, Liu hopes to continue her focus on fine wine segment – with Bordeaux, Burgundy, and Rhône valley as her main territories. Her objective is to reach out to fine wine consumers, recommending not just the classics but also introducing lesser-known wines to be explored.

Her writing style will be largely tailored towards Chinese speakers within their cultural context. For instance, her approach to tasting notes and aroma descriptions will centre on those more commonly understood by Chinese readers than the usual European flavours.