The Conseil Interprofessionnel du Vin de Bordeaux (CIVB) is launching a series of new marketing initiatives in mainland China to further engage customers in one of its key markets. 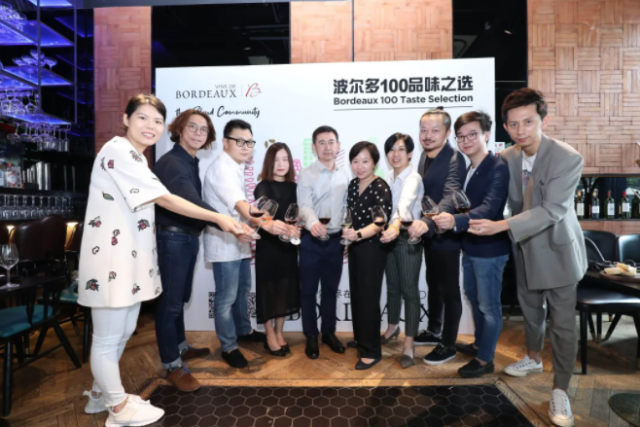 According to research done by Wine Intelligence, Bordeaux is the region with the highest consumer awareness and purchase penetration rate in China. Therefore, to boost awareness even further, the CIVB has kicked off a series of new campaigns this summer.

Previously named as ‘Simply Bordeaux’, the annual CIVB event has been officially renamed as ‘Bordeaux 100 Taste Selection’. Started in 2006, the objective of the event is to promote affordable quality Bordeaux wines priced within the range of RMB 100-1000.

Every year, top wine professionals in China are brought together to blind taste 600 Bordeaux wines, including red, dry white, sweet white, rosé and sparkling, and select the best 100 labels based on the price and value. The creme-de-la-creme will take part in the ‘Bordeaux 100 Taste Selection’ wine roadshow that tours around different Chinese cities.

This year, the event was held on 21 July in Shanghai and the result will be uploaded to CIVB official website shortly. The roadshow will begin in October, stopping by Shanghai, Shenzhen, Chengdu and Changsha.

On the other hand, as e-commerce has been expanding exponentially, the CIVB also launched its online boutique on JD.com in late July.

The new shop features a wide range of Bordeaux wines, and the winners from the ‘Bordeaux 100 Taste Selection’ will also be featured in the shop.

Apart from wine sales, the platform is also aiming to play an educational role to help consumers better understand the AOCs, as well as the various wine expressions that the region offers.

Furthermore, in November 2019, the CIVB also partnered with a local distributor and opened a bar named Paradox Restaurant – The Bordeaux Lounge in Shanghai. Via the comprehensive wine list, food and wine pairing menus and a host of tasting events, customers get to experience the diverse terroir of the region.

Under the impact of COVID-19, L’Ecole du Vin de Bordeaux has been also been presenting a series of ‘Bordeaux At Home’ videos, a new online tutorial series to bring wine tips in a lively and entertaining manner. Led by experienced teachers, the daily three-minute videos cover subjects from region and terroir to wine and food pairing tips, to French drinking culture.

Meanwhile, Bordeaux wine counterfeiting is still an issue the CIVB is attempting to tackle. In June 2020, it have won the first intellectual property infringement case in China. With this unprecedented victory, the council stays optimistic in its efforts to reinforce the region exposure in China, while protecting around 5,800 winegrowers in Bordeaux and 300 importers and suppliers at the same time.