Alcoholic drinks sold in the UK could soon have to list hidden ‘liquid calories’, according to the UK Department of Health and Social Care. 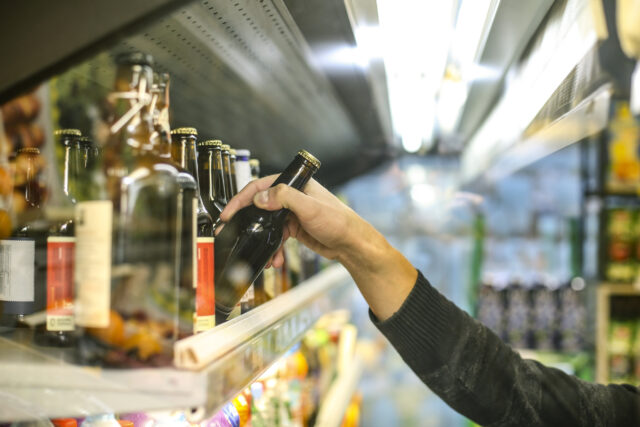 The UK government has announced it will consider whether or not to enforce calorie labelling on alcohol products in an effort to tackle the country’s obesity problem.

A raft of measures have been revealed as part of the government’s new obesity strategy, including a watershed for  TV and online adverts for food high in fat, sugar and salt before 9pm, ending ‘buy one get one free’ deals on unhealthy food sold in retail outlets, and having calories displayed menus to help people make healthier choices when eating out. Alcoholic drinks would have ‘liquid calories’ displayed as part of this, the government said in a statement today (27 July).

It added that a consultation will be launched before the end of the year on plans to provide calorie labelling on alcohol.

Alcohol consumption has been estimated to account for nearly 10% of the calorie intake of those who drink, with around 3.4 million adults consuming an additional days’ worth of calories each week – totalling an additional two months of food each year. But the government said the majority of the public (80%) is unaware of the calorie content of common drinks and many typically underestimate the true content.

A number of drinks groups have already started listing nutritional information on their products, but mandatory calorie labelling has faced opposition in the past. In 2018, the Scotch Whisky Association (SWA) backed a joint proposal submitted to Brussels by the drinks trade to ensure that nutritional information will be available on all beer, wine and spirits sold in the EU by 2022.

However, Brigid Simmonds, the former chief executive of the BBPA, has previously said that plans to make calorie labelling on pub and restaurant menus compulsory would place a “considerable burden” on the already struggling on-trade.

“The BBPA understands the Government’s agenda on obesity, but the majority of Britain’s 50,000 pubs are run as small businesses,” Brigid Simmonds said in 2018, when the government last proposed forcing pubs, bars and restaurants to list nutritional info on their menus.

“The burden and cost of the proposed calorie labelling will be considerable.”

Professor Sir Ian Gilmore, chair of the Alcohol Health Alliance UK said people need to “wake up” to the impact alcohol has on their overall health.

‘The government’s plans to consult on ending the current exemption for alcohol products from calorie labelling requirements are very welcome,” Gilmore said in a statement.

“When the calorie equivalent of a large glass of white wine is the same as a slice of pizza or a cocktail is the equivalent of a cheeseburger, it is clear why alcohol products should be included in the government’s plans to tackle the obesity crisis.

“Alcohol is a factor in more than 200 health conditions and is the leading risk factor of death among 15-49 year olds in England. Labelling on all alcohol products with prominent health warnings, low risk drinking guidelines, information on ingredients, nutrition and calories would help equip the public with the knowledge they need to make healthier decisions about what and how much they drink.

“If we want to build a healthier, more resilient society we need to wake up to the harm alcohol does to people’s health.”