A man who failed to receive a refund for nine bottles of Mouton Rothschild purchased from a Chinese retailer that arrived without documentation has sent an empty bottle to Bordeaux for verification. 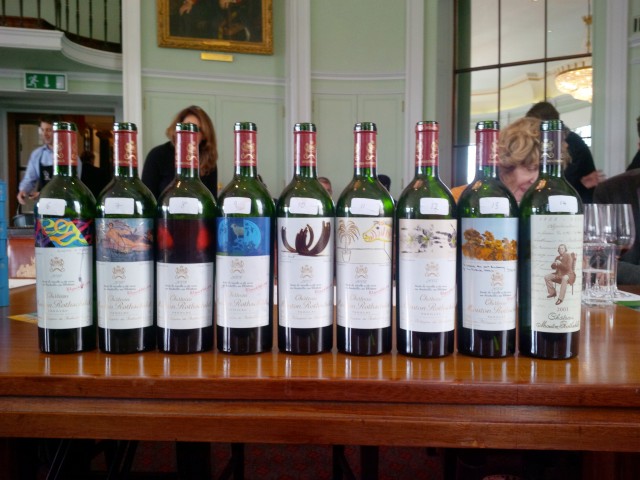 As reported by Jiangnan Times, Pan, a Chinese consumer, spent 54,856 RMB in early March on nine bottles of Château Mouton Rothschild from an online shop called Al-Sanawi listed on JD.com, one of China’s largest e-commerce platforms.

After receiving the bottles, his request for bottles’ documents was not entertained. His subsequent complaint and refund appeal to JD.com’s customer services, and also to Beijing officials, were also in vain.

Pan then sent photos of the bottle’s details to Mouton Rothschild in mid-April and asked for an authenticity verification. Three weeks later, the winery’s technical department got back to him, saying that the batch numbers printed on his bottles, namely the vintages 2005, 2009, 2010 and 2014, were identical to their archive, however, they couldn’t give an official verification report as they didn’t have the bottles on hand.

As such, Pan sent an empty bottle of the 2014 vintage to the winery for further examination. The result showed that the punt at the bottom of the bottle was damaged and that part of the glass was broken. Nothing suspicious was spotted on the exterior of the bottle, but the cork was not identical to the record archive. Mouton said it suspected the bottle might have had its cork replaced after being filled with another wine. However, since it can’t examine the wine, it can’t judge its authenticity.

A person who claimed to be Pan made a post online stating he had no choice but to “empty” the bottle as the international courier service did not allow him to send a liquid. He said he tried to keep the possession “intact” by emptying the bottle via drilling a hole from the bottom instead of removing the cork.

To solve the doubts on authenticity, starting from 2005 vintage, Mouton Rothschild introduced numbered codes at all back labels to combat counterfeiting. Consumers can perform a quick check as a first level of control via the internet for bottles after 2004 vintage; for vintages older than 2005, there will be other means of control in place. As of the 2009 vintage, the winery opted for a more complete security system and it generated each code uniquely with a graphic element.