A man from High Wycombe has been given a £8,000 fine after drinking carrot juice from a Foster’s beer can to “test” the police on their knowledge of the rules in a no-alcohol zone. 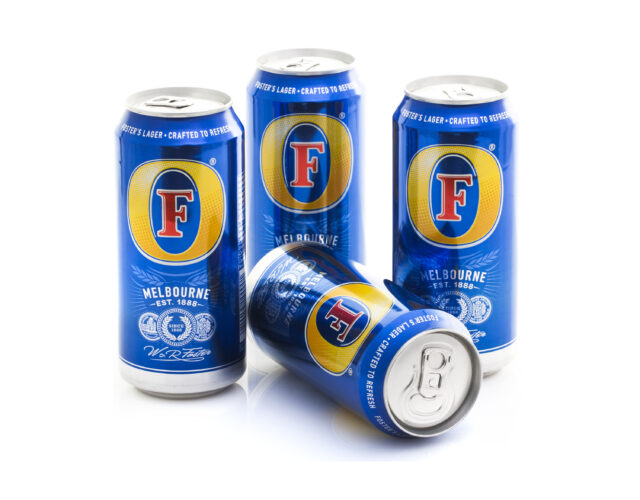 According to Bucks Free Press, 33-year-old shopkeeper Alex Snowball was seen drinking from a can of Foster’s lager in the Frogmore area of High Wycombe on 20 December 2018.

A Public Spaces Protection Order (PSPO) was in force in the area at the time, and people spotted drinking in public or holding open containers of alcohol were liable for a fixed penalty notice.

Snowball, who is teetotal, was given a £60 on the spot fine by police officers after he refused to hand over the beer can. Shortly after being given the punishment, Snowball up-ended the can, demonstrating that he had actually been drinking carrot juice.

The police did not revoke the fine. Snowball subsequently refused to pay it, and the case ended up in court. According to Bucks Free Press, despite admitting that he had been “deliberately awkward” with the police, a district court judge dismissed the case against Snowball.

Unhappy with the outcome, Buckinghamshire County Council appealed the decision in the High Court.

The high court judge, Mrs Justice Elisabeth Laing, overturned the earlier dismissal, ruling that alcohol did not need to be present in order for a crime to be committed, but that the police must have “reasonable belief” that it was.

It also emerged that Snowball had wanted to “expose” and “test” the police about their knowledge of the no-drinking rules as part of a longstanding grievance he held against the force.

According to the Telegraph, Snowball has been ordered to pay most of the council’s legal bill, which amounts to around £8,000.

After the ruling, he told the publication: “The legal system clearly is in need of reform, you have an individual, such as myself, who is being subjected to illegal and immoral activities.

“In the appeal it has been confirmed that I did not commit the offence but the appeal was based purely on the belief I committed the offence even though it was accepted I did not. Clearly this is not in the interest of natural justice.”

A spokesperson from Buckinghamshire County Council commented: “Mr Snowball tried to get round the PSPO by treating it with contempt and by testing our enforcement to the limits.

“The verdict of the court supports the strong action we took and more importantly, sends out a clear signal that we are serious about tackling anti-social behaviour, whatever form it might take.

“We work hard to ensure that the actions of the few do not limit the wider enjoyment of the many who rightfully want to enjoy being in our towns free from nuisance or intimidation.”