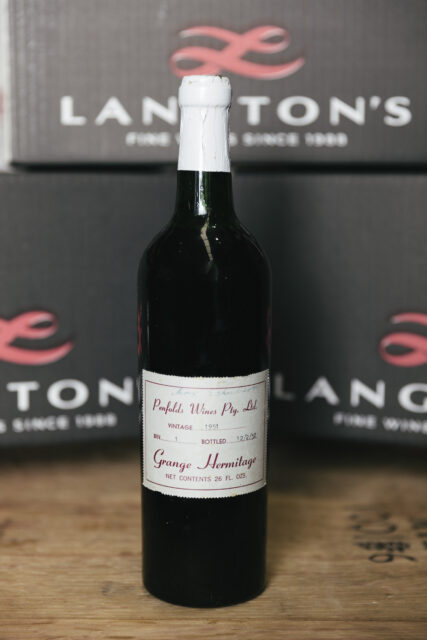 A buyer from Melbourne picked up the rare bottle of Penfolds, the first ever vintage of the estate’s Grange Hermitage and made by its original chief winemaker Max Schubert.

The sale price surpasses the previous record price for the inaugural vintage by some margin. A bottle of the 1951 Grange previously sold in December 2019 for $81,550.

A total of 1,092 bottles of Penfolds was sold during the Langton’s Penfolds: Rewards of Patience sale, which ended on 30 June.

The auction follows the sale of 246 bottles of Domaine de la Romanée-Conti from the cellar of wine writer and critic James Halliday.

Commenting on the sale, Langton’s general manager, Jeremy Parham, said: “The demand for fine wine is stronger than ever judging by these two flagship auctions, as fine wine collectors look to enhance their cellar collections.

“I think we love Penfolds because it’s such an Australian story, it’s the underdog story defined. Max Schubert was Penfolds’ first chief winemaker, who started making the Grange as an experiment. At the time, Australian winemakers were mainly making fortified wines.

“He believed in his conviction, and he kept making Grange, although he was actually told to stop making it by his supervisors. He was a rebel, and the wine world can forever be grateful for his refusal to do what he was told,”

Langton’s head of auctions, Tamara Grischy, added: “The early 1950s Penfolds Grange wines are very rare, so collectors will snap these up when they can in order to complete their sets of every vintage of these incredible wines. The 1951 Penfolds Grange truly represents the beginning of modern Australian wine.

Langton’s states that it has seen high demand for fine wine during the Covid-19 pandemic. Since lockdown measures were put in place in late March, the auctioneer has reported a 50% rise in the number of online bidders.