Drinks giant Bacardi is “not proud” of the gendered language used to promote a lower ABV and gluten-free low-calorie spirit brand. 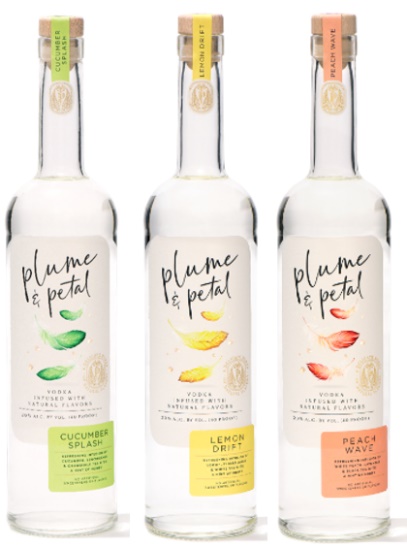 The product, called Plume & Petal, is bottled at 20% ABV and advertised as facilitating the creation of low calorie cocktails.

A pitch from a PR agency described it as Bacardi’s first spirit designed “by women, for today’s modern woman, intended to be enjoyed with other women.”

The three vodka-based drinks in the range, Peach Wave, Cucumber Spritz, and Lemon Drift, are also said to be gluten-free and “spa-inspired”, promises to have 30% fewer calories than a glass of wine when served with a sugar-free mixer such as soda.  They are made with 100% American grain gluten-free vodka that is distilled six times and infused with natural fruits, botanicals, teas and a hint of honey.

The release faced backlash on social media. One Twitter user said: “I’ve always wished my vodka would taste more like massage oil and chlorine”, while others took exception to the idea that a drink designed for women should have half the ABV of a typical spirit.

“Because that’s about all we can take,” another modern woman said. “To make things worse it is marketed as “spa-inspired” – apparently our favorite occupation.”

Another commenter said the branding reminded them of “one of those tasks which might have been set by Lord Sugar for teams in the Apprentice.”

Responding to the criticism, a Bacardi spokesperson said: “Shelley Menze, our senior beverage scientist, set out to redefine the drink experience for her and her friends when hosting them at home. What started out as a personal, passion project turned into a unique brand that addresses a broader demand for low-calorie, low-alcohol alternatives.

“That being said, we are aware of the conversations on social media around the use of gendered language in a pitch. We’re not proud of that, but we are proud of the female creators behind this product – unfortunately, a rarity in this industry – and we are proud of this great-tasting drink.”

The range was created by Shelley Menze, who had worked for Bacardi for 11 years, along with a predominantly female team.

It took eight years to perfect, and was created to tap into the “mindfulness movement”, according to the spokesperson.

Menze believed there weren’t enough alcoholic drinks options that tap into the wellness movement, and wished to “completely redefine the ‘girl’s night in’ drink experience with a refreshing alternative to wine that women could feel good about.”