A total of 7,400 people signed up for a chance to purchase 912 bottles of the new Redbreast Dream Cask Ruby Port Edition, according to Irish Distillers. 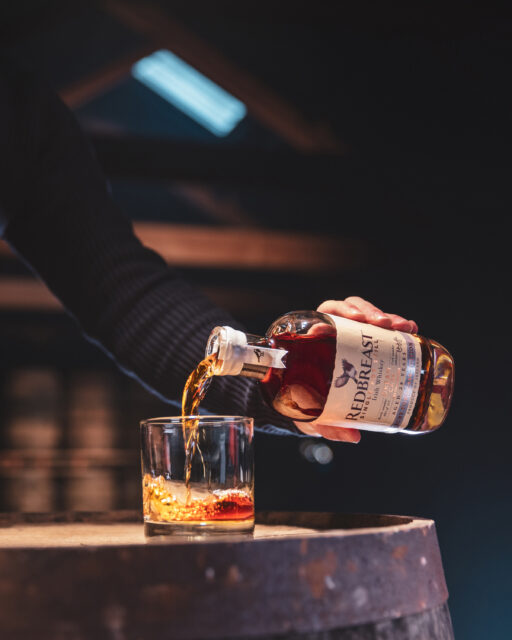 The whiskey, which is made by Irish Distillers at its Midleton Distillery in Cork, is the third release in the limited-edition Dream Cask range, but the first to be launched via a ballot system.

Inspired by the flavours of the Iberian Peninsula, it is also the first Redbreast expression to be fully finished in a single Port cask. It combines four whiskies dating back more than 30 years, which were set aside during the crafting of Redbreast 27-Year-Old. Aged for a minimum of 28 years in a combination of ex-Bourbon barrels, an oloroso Sherry butt and a ruby Port seasoned cask, these spirits were blended in the ruby Port cask to mature further as a single Dream Cask.

Bottled at 51.5% ABV, and with a recommended retail price of €490, the whiskey was launched through Redbreast’s Birdhouse online members’ club to mark World Whiskey Day 2020.

Bottle number one will be auctioned by the Celtic Whiskey Shop in Dublin, with all proceeds from the sale going to Mary’s Meals Ireland, a charity providing food to disadvantaged children.

Billy Leighton, master blender at Irish Distillers, commented: “This is the first year we have launched Redbreast Dream Cask through a ballot system to make it as fair as possible for whiskey lovers to try our dream creation. The response has been phenomenal, with winners from a diverse range of countries; from Ireland, the UK, Germany and across Europe to Hong Kong, New Zealand, Japan and many more.

“While we wish every entrant could have the opportunity to taste this year’s Redbreast Dream Cask, we’re delighted that many successful Birdhouse members will soon be enjoying this exceptional whiskey.”