A team of researchers in the US are developing a tool that finds a common language in thousands of whiskey reviews, in the hope of helping consumers find whiskeys with similar flavour profiles to an expensive bottle at a cheaper price. 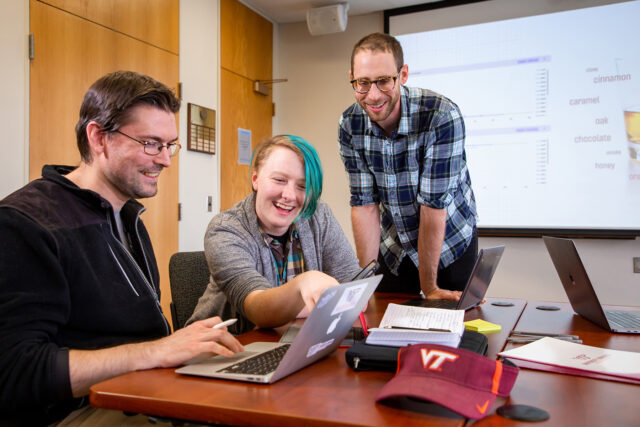 Researchers at Virginia Tech’s department of food and science technology and University Libraries’ data consultants Chreston Miller and Michael Stamper, received a grant from The Institute for Creativity, Arts, and Technology (ICAT) to create a tool that finds a common language in a data set of 6,500 published whiskey reviews of about 50 to 100 words each.

The team is applying Natural Language Processing (NLP), a subfield of linguistics, computer science, information engineering, and artificial intelligence, that involves programming computers to process and analyse large amounts of natural language data . In this case, they are analysing whiskey descriptors.

According to the project team, there have been no previous attempts to apply this sort of NLP approach for sensory-evaluation purposes.

“We don’t know anyone else who has tried to take these reviews, which are in descriptive but messy natural language, and systematically analyse them this way. One of the nice things about whiskey is its enthusiast market,” said Jacob Lahne, one of the researchers behind the project.

“People care about taste deeply. Whiskey lives or dies by sensory perception,” he said, but added believes reviews are often written in “metaphorical, messy, natural language” which can be a barrier for consumers and industry professionals alike to having a shared understanding of what a whiskey tastes like.

“What we’re trying to get to is some shared concept about taste.”

Hamilton said they may even be able to make connections among the descriptors used, the production process, and the geographical origin of the liquor.

“This tool will analyse free-response comments and identify which words are describing flavour and separate them from what’s not descriptive,” said Leah Hamilton, the second researcher from Virginia Tech working on the tool.

“It will also identify which words are related and describe the same flavour. This will ultimately be helpful to consumers who may want to buy something that’s close to a high-dollar whiskey but is more affordable.”

When the team has its common language defined, they will pass the data to Stamper, information visualisation and interaction designer, to create user stories, flows, and interfaces that a test audience will interact with, and draw insight and meaning from the data.

“At some point, we may get to a place where we describe flavours like we do colours; it would be standardised,” said Hamilton. “This is a great step in that direction.”