Chinese wine has been gaining more recognition from the industry in recent years. LVMH’s Ao Yun is one of the pioneers of quality-focused wine production, showing what the emerging region of Yunnan can offer. After a few years of exploration, Maxence Dulou, estate director and winemaker, is getting more and more confident about the venture. db Asia speaks to him about the release of the 2016 vintage, as well as how he has improved the estate’s winemaking process. 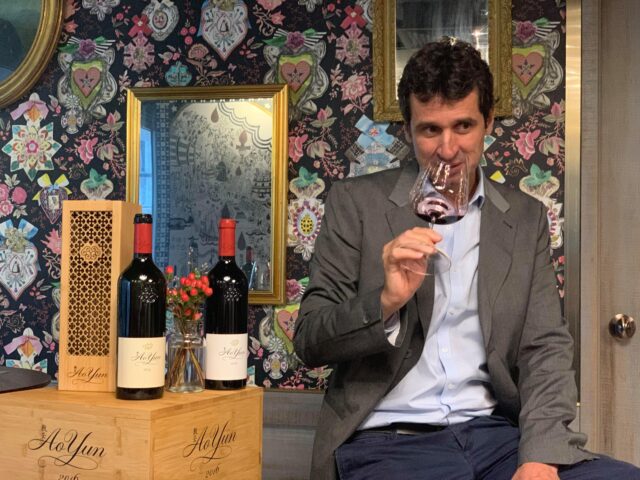 How has Covid-19 affected your work?

The outbreak of the virus in China coincided with the Chinese New Year, where everyone went back to their home town. Due to the pandemic situation, workers had to spend 15 more days in quarantine. Fortunately, we still had local villagers to help check the vines for us during this period. The team was back full-time again in mid-March, and we have been functioning as usual since then.

For me personally, as I have relocated to Hong Kong for two years after spending five years in Shangri-la, I can’t travel back to the winery owing to the lockdown. But since the team knows the operation well by now, it won’t be a problem for me to manage from a distance.

Speaking of the brand management, we experienced logistic delays, and have also postponed the official launch of the 2016 vintage wines from March to June.

Can you tell us more about the 2016 vintage?

It was a cool a wet year, with a drier and cooler winter followed by a rainy spring. The year ended with a significantly warmer summer and autumn – it was the warmest August in 10 years. Under these conditions, the four distinct villages of the upper Mekong Valley (Sinong, Xidang, Adong and Shuori) were harvested later than average.

In this vintage, we started to introduce a small amount of new varietals (4% Syrah and 2% Petit Verdot) in order to infuse complexity and elegance into the blend.

As we are at an altitude of 2,200m-2,600m, the oxygen level is 25% lower. To compensate, we put in extra oxygen by having the malolactic fermentation take place over three months in 32% barrels and 68% clay jars. Barrel ageing occurs over 14 months in 32% new oak and 68% one-year-old barrels.

As a result, you can taste the freshness in the wine. Thanks to the addition of Syrah and Petit Verdot, the aromas on the nose consist of smoke, cedarwood, yellow and exotic fruits mixed with red fruits. The palate is persistent with soft and dense tannins.

What have you improved on in this vintage?

In 2016, we were on the fourth vintage and throughout the years we get to understand the terroir better and have improved the accuracy of vineyard management a lot. We fragmented our 314 blocks vineyards into 900 sub-blocks of a total of 28 hectares in four villages, and started to manage and harvest each of those terroir units independently.

Among the 28 hectares of vineyards that we owned, half of them, the Cabernet Sauvignon and Cabernet Franc vines, were grown in 2000 by Tibetan farmers, the other half were planted by us in 2013, with the introduction of various varietals, including Syrah, Petit Verdot, Merlot, Petit Merlot and more Cabernet Franc. Starting from this vintage, we began to use these plots to add complexity to the blend. We are also practicing organic management in our vineyard.

Starting from this vintage, we decided to move the blend tasting to sea level in Hong Kong. Due to the lack of oxygen in Shangri-la, it impacts our taste perception. What we did was the technical team and I took 40 bottles of wine samples to Hong Kong, where we came up with the final blend composition. Based on the result, after we returned to the cellar, we blended the wine and bottled them accordingly. This alteration helps enhance the precision of our decision and we have been following the practice in subsequent vintages.

Apart from the low oxygen level, what other challenges have you encountered?

First of all it is the culture and language problem, as we are working with farmers from 110 Tibetan families, it is difficult to communicate with them as they mostly speak Tibetan. Also, speaking of the logistics, we are so far away, so at times it is hard to get the equipment and at times we have had issues with getting a stable electricity supply. Last but not least, there are always technical challenges when understanding a new terroir. 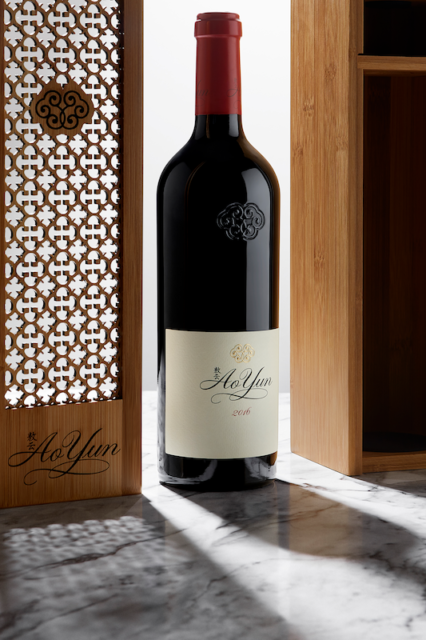 Compared to other wine regions in China, for example Ningxia, Shandong and Xinjiang, how different is the terroir in Yunnan?

We are in the south and the climate is very different. The region has less humidity and disease. In general, since we are surrounded by high mountains that provide shade, the year is cool, but wintertime is usually warmer, so we don’t have to bury the vines to keep the fruits fresh. It takes a longer time for the vines to ripen, as such our harvest is longer, spanning from September to November.

How would you evaluate the ageing potential of Ao Yun?

After the experiment of four vintages, I am now confident to say that our wine can age for 30 years because of the freshness, acidity and tannin we have in the wine.

Which is the major market for Ao Yun?

We try to push the wine all over the world, so we export one-third of the volume to Asia, Europe and USA respectively. In Asia, China is the major market.

In face of new players such as DBR Lafite’s Long Dai, what will Ao Yun do to remain innovative?

We are still working hard everyday to understand the terroir, aiming to get more adaptive to it and optimise the process in the vineyard and cellar. In all, I think it is good to create relationships with others and improve Chinese wine together. In fact, we see an increasing consumer confidence in purchasing Chinese wine and the overall development is in a good direction.