Pierre, a two Michelin-starred restaurant set up by celebrity chef Pierre Gagnaire 14 years ago, is due to close after a six-month renovation of the Mandarin Oriental Hong Kong, which will start in August. 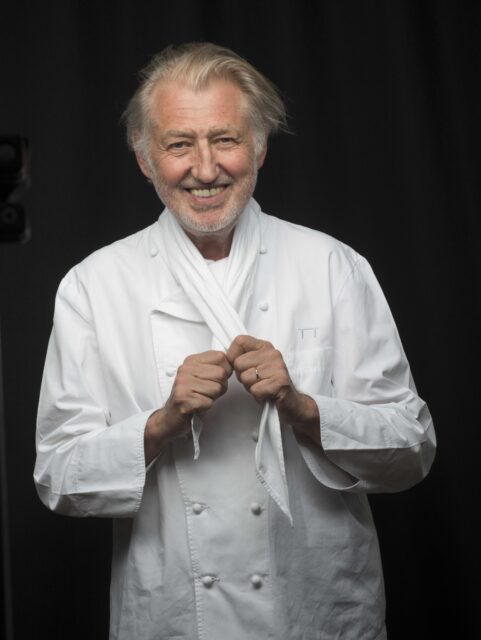 Pierre Gagnaire opened his Hong Kong outpost in 2006 in the Mandarin Oriental, Hong Kong. The restaurant was awarded two Michelin stars and is known for being one of the top restaurants in town serving contemporary French gastronomy.

The renovation will see Pierre Gagnaire’s Michelin starred restaurant close after a successful 14-year stint, while Man Wah, the hotel’s Cantonese restaurant, will be expanded into the space currently occupied by M Bar on the top floor.

To pay tribute to his tenure, Gagnaire and chef de cuisine Jacky Tauvry have created a series of menus called Memoires of Pierre Gagnaire available for dinner guests from 8 June until 30 July.

Customers are invited to experience his innovative food with five-course, seven-course and nine-course dinner menus priced at HK$1,688, HK$1,988 and HK$2,388 respectively. In addition, a Wine Not tasting menu will be offered for lunch every Saturday for the months of June and July. Guests will be able to choose the three-course menu at HK$888 or a five-course menu at HK$,288, paired with premium wines selected by the resident sommelier.

Michelin-starred Man Wah has been delighting guests with its exquisite Cantonese fare since 1968. To prepare for the short farewell, Man Wah’s executive Chinese chef, Wing-Keung Wong, will highlight the restaurant’s illustrious heritage by serving an All-Time Favourites tasting menu, alongside his Signature Celebration menu from 15 June until 30 July. Chef Wong’s signature dishes will be featured on a five-course set-lunch menu and an eight-course set-dinner menu priced at HK$888 and HK$1,688. Guests will also have the option to taste history with the All-Time Favourites eight-course dinner menu priced at HK$3,288.

As a final send-off for M bar, a selection of its most popular cocktails over the years will be offered from 15 June until 30 July. And on 31 July, the bar’s last day in business, guests are invited to the Lights Out at M bar event commemorating its final evening, which will offer delectable canapés and DJ entertainment at a price of HK$688 per person, including a glass of Krug champagne.