Despite making wine for centuries, the modern Romanian industry has only been in existence since the fall of communism. Phoebe French finds out how its strong growth plans are faring under the onslaught of the Covid-19 pandemic. 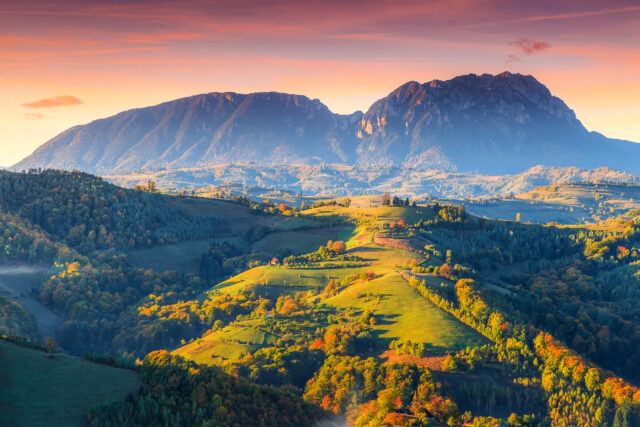 This article first appeared in the June issue of the drinks business magazine. All figures were accurate at the time of writing.

Romania has had a long affinity with the grape, but a fractured history as a wine producer. While grape growing dates back as far as 5,700BC, the modern wine industry is barely 30 years old. Romania’s past political and cultural upheavals, and, in particular, the Soviet occupation and influence of communism, have shaped the way in which wine is, and has, been made in the country. The fall of communism in 1989 and the execution of leader Nicolae Ceausescu resulted in the gradual redistribution of state-owned land and property. The once nationalised wine industry became re-privatised and received considerable investment from overseas, principally from Italian, Austrian, German, French and UK companies. Winemaking facilities were modernised, vines were replanted and greater emphasis was put on producing quality over quantity.

According to OIV data from 2019, Romania is Europe’s sixth- and the world’s 13th-largest wine producer, yielding 4.9 million hectolitres last year. The majority of this wine, however, does not leave Romania. In 2018, the country exported just 3.5% of total production. To put this in context, Romania makes more wine than New Zealand, Greece and Hungary, but exports less than Denmark, Austria, Slovakia and Bulgaria.

Before New World wine producers transformed the market, Romanian wine was more visible overseas. It reached its export peak of one million standard cases in the UK in 1996, but 10 years later, the country became a net wine importer.

However, in 2007, Romania became a full member of the EU, and in 2018 achieved its highest export volume and value in 11 years, and marked three consecutive years of export growth.

One company is responsible for driving much of that growth. According to its founder Philip Cox, this year Cramele Recas became the largest producer in Romania by volume and turnover. It owns three wineries: one large facility in western Romania with a capacity of 32 million litres, plus two further sites in the east, which can process a further 7.5m litres between them. Recas sends 50% of its production overseas and is responsible for over half of all exports of Romanian wine.

2020 was looking bright for Recas. The producer made 23 million litres of wine in 2019, a 4m litre increase on the previous year. But in March, coronavirus took hold.

Romania announced a state of emergency on 16 March, despite having fewer cases than many countries in Europe. From 22 March, the country began prohibiting all non-Romanians from gaining entry, and on 24 March, the government announced stricter measures, banning non-essential travel, closing schools and universities, and requiring people to carry documentation to explain their reason for being outdoors. The strict measures were eased on 16 May, but at the time of writing, restaurants and bars remain closed. [Editor’s note: Romania opened outdoor restaurants on 1 June. Indoor restaurants remain closed.] 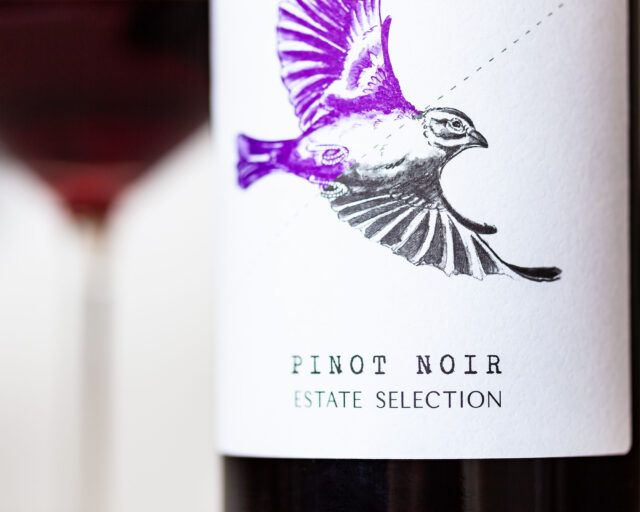 Cox says that for many Romanian wineries, who are almost entirely dependent on the domestic on-trade sector, the virus has been a devastating blow. However, he said that Recas’ preparations for Brexit has actually helped the company to reduce the impact of the coronavirus.

In 2016, Recas sold 70% of its total exports in the UK. Now it is only 20%. Cox says the winery has focused on other countries, and has diversified in each market in which it is present, offering wine at a range of price points to mitigate risk.

Shipping “chaos” in March has now eased, according to Cox, who says Recas is now transporting the majority of its wine by train to avoid traffic hold-ups. Strong performance in the off-trade and with online retailers is helping to mitigate the loss of on-trade business somewhat, and in the UK, where most Romanian wine is sold in supermarkets, the main area affected is new product development.

Faced with challenging conditions and an impending global financial crisis, it is more imperative than ever that Romanian wine plays to its strengths.

Romania boasts international and indigenous grapes. Varieties such as Pinot Noir, Pinot Gris and Merlot have helped the country to gain traction in export markets. Caroline Gilby MW, author of The Wines of Bulgaria, Romania and Moldova, stresses that there remains strong commercial demand for Pinot Gris and Pinot Noir, which present “a way of getting Romanian wines into consumers’ glasses, for instance under the ‘I Heart’ label”, a top-selling wine brand owned by Freixenet Copestick. For lower-volume premium-exported wine, grapes including Feteasca Regala, Romania’s most planted variety, as well as Negru de Dragasani, Feteasca Alba and Feteasca Neagra – which Richard Fox, UK agent for Romanian wine brand Prince Stirbey, likens to Zinfandel – have been branded the country’s next stars.

Romania has eight main vine-growing regions, which fall into EU climatic zones B, CI and CII. This temperature and climatic range means the country can produce an array of wine styles, from sparkling and cool climate whites from the Transylvanian Plateau to full-bodied reds from Dealu Mare. Producers are also experimenting with winemaking techniques. Recas launched an orange wine in Aldi in 2017, gained vegan certification last year, and is set to unveil an alcohol-free wine this year. Romania has the potential to cover many bases.

As one of the countries vying to be the cradle of the vine, Romania is also, as Gilby notes, “full of amazing personal stories”. From a winery established by a leading producer of Italian espresso coffee machines to one owned by a Romanian princess, it is a marketer’s gold mine. Rodica Capatina, president of the group Premium Wines of Romania, acknowledges that more money needs to be spent on marketing and communications.

“More producers should focus on exporting, and not think of it as a side business,” she says. “At the moment Romanian wine is selling very well in the domestic market, due to the quality of the wines and of the trend among Generation Z consumers. Wine producers are not focusing on other markets, but rather developing the local one.”

Fox of Prince Stirbey says that smaller Romanian producers, who cannot compete with Recas on volume, should focus more on the on-trade in the UK. Prince Stirbey, which is sold through The Wine Society, has recently secured another supplier, Bedford-based Solaris.

Speaking about restaurant sales, he told the drinks business that “it will come. It’s much easier for us now we’ve got Solaris and have some stock on the ground to sell,” he says. “What happens on the supermarket shelves is good for all of us. A bottle of our wine in a restaurant in London would probably be around £30 to £35. But who is going to spend £35 on a grape variety they can’t pronounce and from a country they don’t know anything about? If people try these wines in the supermarket, they’ll be more prepared to trade up in a restaurant.”

Targeting high-end restaurants could be a way into other foreign markets, with wine sold on recommendation from a sommelier familiar with the story of Romanian wine. Unfamiliar grapes from an unfamiliar country require a “hand-sell”, Fox notes. 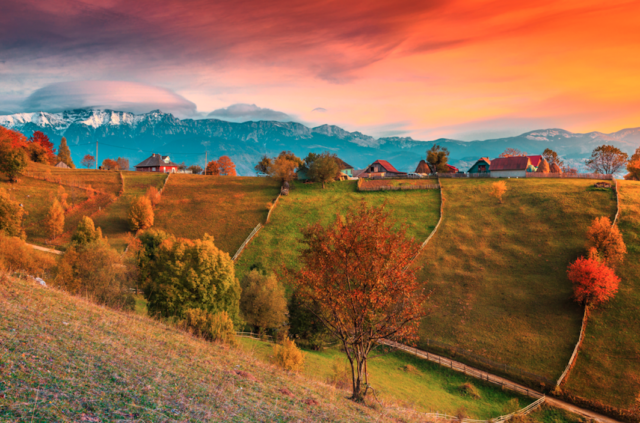 Another option is to remove the name of the grape altogether. Cox says that in countries including Germany and Russia, a Romanian wine made from indigenous varieties sells better when the grape doesn’t appear on the label.

He says: “In Germany we sell these wines by not mentioning the variety on the label at all. We just put things on the label that sound nice to Germans. They try the wine because it has a fun label, they like it, and they buy it again. The name of the grape actually puts them off. I’ve had the same in Russia and other countries. They love the wine but don’t like how it sounds.”

Romanian wine is now exported to around 40 markets, and volumes are growing. While exports are increasing, why is only a small proportion of production sent overseas?

The majority of Romanian wineries are on a much smaller scale than Recas, and lack the volume and money to compete. While living costs in the country are low, wine production costs are high. Romania has no domestic glass bottle production facilities, meaning that wine bottles, labels, corks and other packaging must all be imported. Poor internal infrastructure also increases the cost of transporting wine. Romania has one of the shortest motorway networks in the EU, with just 806km in the whole country. Gilby describes how driving through the country is best experienced “with eyes firmly closed”.

This, coupled with a strong domestic market, means that exporting is often financially unfeasible. Per capita, Romanians consume around 20.5 litres of wine annually, and a considerable amount of homemade wine is sold via the grey market. The country lacks an overarching export body, akin to Wine Australia or Wines of Chile, to lobby the government and support the industry overseas. It has two wine organisations: APEV, which represents 70% of producers by export value, and breakaway group Premium Wines of Romania, comprising 16 smaller, quality-focused producers. There is no comprehensive export plan, travel overseas is sporadic, and buyer and press trips are organised by few wineries.

Things are changing however. Although disrupted by coronavirus, Premium Wines of Romania had prepared to target the UK and German markets this year. PR manager Marina Samoila said there’s also a growing trend for ecommerce among Romanian wineries.

Recas is pushing its premium wines, even in the UK, where consumer perception is that Romanian wine is always cheap. “It’s not the same in every country,” says Cox. “It’s just this weird British thing. In other countries, such as Hungary, we sell mostly premium wine.”

Recas, Romania’s largest exporter, was founded in 1992, early on in the rebirth of Romanian wine. Many wineries were established much more recently, using grants from the European Union. Romania’s diminutive wine exports may in part be down to youth and inexperience. But if coronavirus has taught producers anything, it’s the importance of not having all your eggs in one basket. The domestic market might be more lucrative, but having other revenue streams can support a business even in the darkest of times. 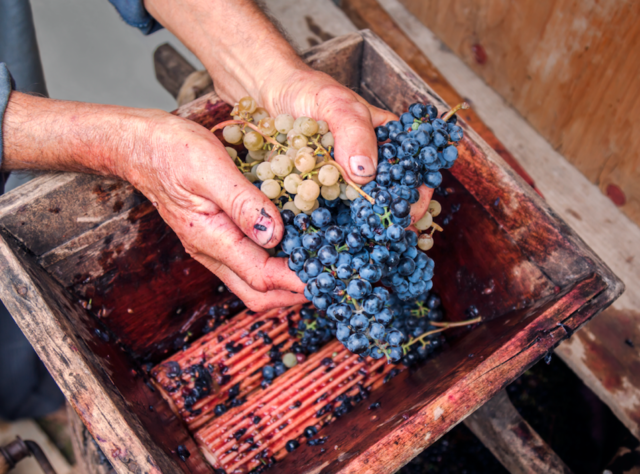