The Comité Européen des Entreprises Vins (CEEV) has joined a Europe-wide group aiming to have a 90% glass recycling rate by 2030. 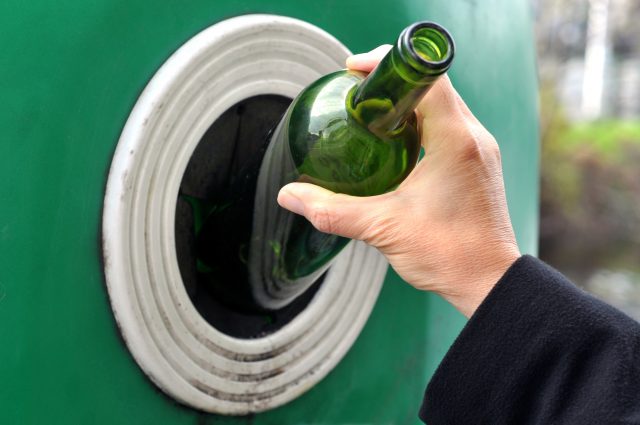 In a statement, the CEEV said that despite the current health crisis, promoting a circular economy “remains a key priority for the wine sector”.

Secretary general of the CEEV, Ignacio Sánchez Recarte, said that over 90% of all European wine is packaged in glass.

“By helping the glass packaging chain to improve its sustainability score, we directly improve ours”, he said. “There are so many kinds of wines and our sector is extremely atomised, but glass is one of the few common and universal values we can use to transmit to consumers our sector’s engagement to preserve our planet.”

Despite the proliferation of alternative packaging, including cans, boxes, kegs and even tubes, a consumer survey conducted by Friends of Glass found that eight out of 10 Europeans still prefer buying wine and spirits in glass bottles.

The consumer platform noted that spending on products packaged in glass has risen 51% in the last three years.

Adeline Farrelly, FEVE secretary general, added: “The wine sector is one of our leading market segments with a constant growth recorded in the last years. It is fundamental we can collaborate, and support each other in our sustainability efforts. The Close the Glass Loop platform is one way to do this together. The more recycled glass we can put back into our production loop, the lower the environmental impact of our bottles”.

Another of the so-called ‘Close the Glass Loop’ group’s key aims is to improve the quality of the recycled glass produced so that more recycled content can be used in the “new production loop”. While 76% of glass is collected for recycling, currently only 52% ends up back in the production loop.

The initiative now has the backing of both the wine and the spirits sector, the latter joining the group in April this year.